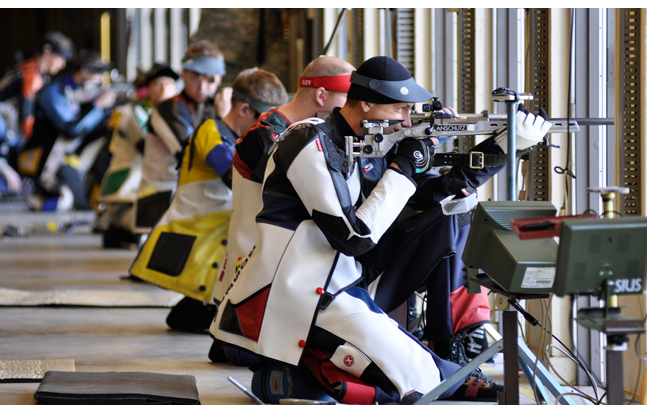 Enthusiasm surrounding the match has been amplified by Team USA’s home field advantage.

“It is very nice to be able to compete on our home range,” said Sgt. 1st Class Jason Parker, rifle team coach. “Hosting the World Cup on Fort Benning allows us to continue with our normal routines, and gives our families a rare opportunity to come out and watch us compete on the world stage.”

More than 400 competitors from 50 nations are expected to compete in the first of three scheduled World Cup rifle and pistol events leading up to the ISSF World Shooting Championships in September.

Leading the way in the rifle event are 2012 Olympians Sgt. 1st Class Eric Uptagrafft and Staff Sgt. Michael McPhail. The duo will compete against a stacked field in the Men’s Rifle Prone event that kicks off April 1. Included in the field are the 2012 Olympic Silver and Bronze Medalists from London: Lionel Cox of Belgium and Slovenia’s Rajmond Debevec.

“World Cups are significantly more competitive than some of the other competitions we attend,” Parker said. “Countries from all over the world send their best athletes to win medals… making a World Cup an extraordinary event.”

Two pistol shooters will be part of the U.S. team – Sgt. 1st Class James Henderson and Staff Sgt. Brad Balsley. While Balsley will go for gold in Men’s Rapid Fire, Henderson will be looking to build on a strong performance at the U.S. World Cup selection match in Colorado Springs in February. The eight-time Interservice Pistol champion and 2009 National Pistol champion turned his attention to Olympic-style pistol shooting over the past year and looks to continue his progression in Men’s Free Pistol. Henderson said he is excited to begin his quest for the 2016 Olympics in comfortable surroundings.

“I’m really looking forward to competing in front of the home crowd,” Henderson said. “I’ve had a good start to the year thanks to hard work, dedication and input from my teammates. Now I have to go out and perform on the big stage.

The World Cup kicks off Friday with the Men’s Air Rifle and Women’s Air Pistol events and concludes April 2. For match results follow AMU at facebook.com/USMAU1956 and at Twitter @USAMUSoldiers. 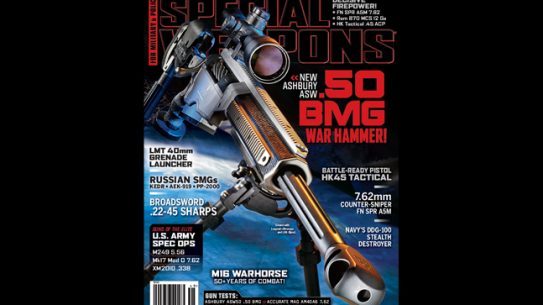 Seven Soldiers from the U.S. Army Marksmanship Unit (USAMU) will join members of the…