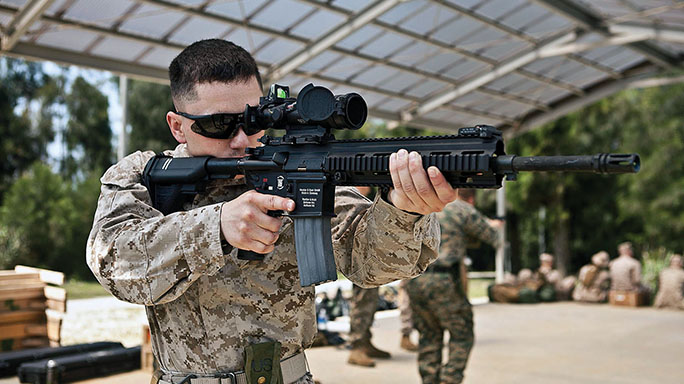 1 of 3
Photo by Sgt. Brandon L. Saunders
The USMC is Buying Over 50,000 M27 IARs from Heckler & Koch
Lance Cpl. Zachary A. Whitman, a shooter with the III Marine Expeditionary Force detachment, familiarizes himself with the M27 Infantry Automatic Rifle in preparation for the Australian Army Skill at Arms Meeting 2012. AASAM is a multilateral, multinational event allowing Marines to exchange skills tactics, techniques and procedures with members of the Australian Army as well as other international militaries in friendly competition. 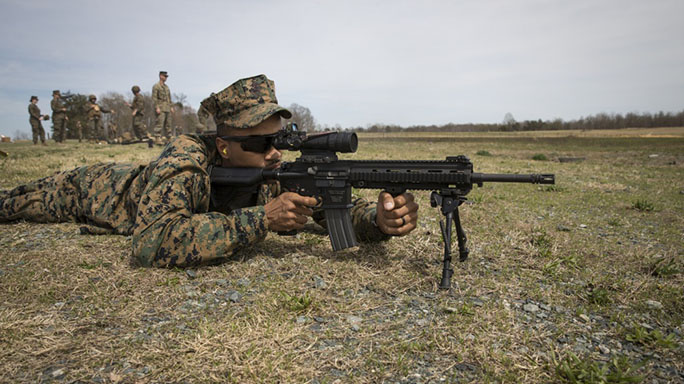 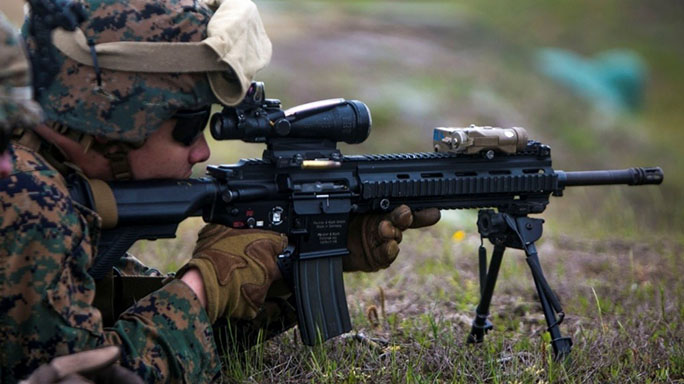 3 of 3
Photo by Lance Cpl. Jon Sosner
The USMC is Buying Over 50,000 M27 IARs from Heckler & Koch
A Marine fires an M27 Infantry Automatic Rifle during a squad-sized, live-fire range at Camp Lejeune, N.C., March 29, 2017. The Marines engaged targets from unknown distances with the IAR and M240B medium machine gun. The Marines are with 1st Battalion, 8th Marine Regiment. 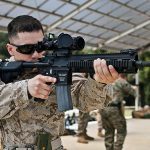 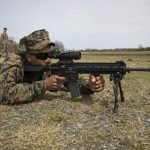 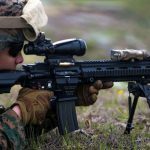 The United States Marine Corps has issued a notice of intent to sole source up to 50,814 M27 Infantry Automatic Rifles (IAR) from Heckler & Koch, adding fuel to the rumor that the service is getting ready to replace the M4 with the M27.

While the sole source notice issued by MARCORSYSCOM isn’t a request for proposal, it does say the following:

Any responsible source who believes it is capable of meeting the requirement may submit a capability statement, proposal, or quotation, which shall be considered by the agency, only if received by the closing date and time of this notice. A determination not to compete the proposed requirement based upon the responses to this notice is solely within the discretion of the Government.

According to Soldier Systems, the solicitation stems from a RFI released back in February for 11,000 new 5.56mm NATO M27 IARs, which is made by HK and based on its HK416 rifle. In May, the Corps then issued a RFI for the upcoming Marksmanship Technology Demonstration in September, where industry participants will show new suppressors, optics, and rifles with “enhanced M27 like capability and features.”

While—as Task & Purpose says—there would normally be a competitive bidding process for these IARs—the USMC has decided that “based on substantial duplication of costs to the Government that are not expected to be recovered through competition and unacceptable delays in fulfilling the agency’s requirements,” it’s going with Heckler & Koch. But as we mentioned above, they’re still accepting proposals.

As Marine Corps Times notes, the M27 was first fielded back in 2010 to replace the M249 SAWs, but officials decided Marines needed both rifles, so the M27 is being phased in to replace the M4.

“Everything I have seen suggests that the M27s we have been using for some time have been the most reliable, durable, and accurate weapons in our rifle squads,” Marine Corps Commandant Gen. Robert Neller told Marine Corps Times.

The M27 might be a more effective weapon, but it’s also more expensive at $3,000 per unit, compared to the $1,000 price tag associated with each M4, the Times says.

“I am considering it, but we have to balance improved capabilities and increased lethality with cost,” Neller told the Times. 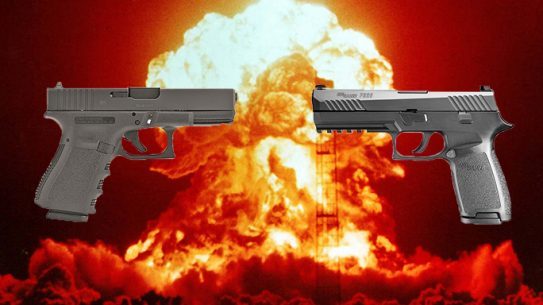 The Glock vs SIG Sauer debate has taken the handgun rivalry to historic new...