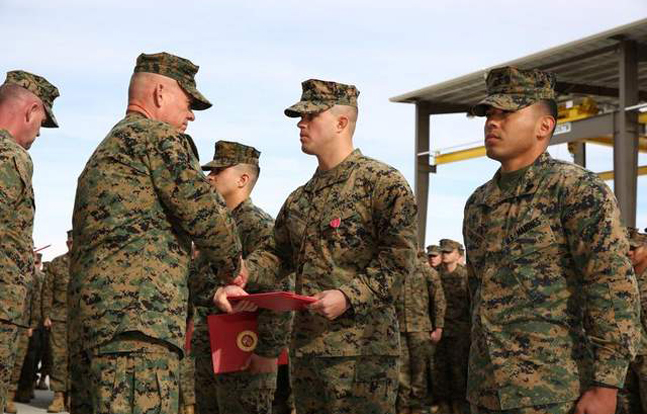 USMC Tank Crew members were honored Jan. 21 for exemplary service and bravery during deployments to Afghanistan.

Capt. Christopher Ashinhurst, commander of Delta Company, 1st Tanks, received the Bronze Star with combat device for a series of combat engagements during his 2013 deployment.

Ashinhurst reportedly led his company through an intense five-day fight against an enemy contingent that had surrounded and isolated a Marine special operations team at Village Stability Platform Shurakay in Afghanistan’s Helmand province. Under his leadership, the company killed 60 insurgents and disrupted the enemy’s efforts.

Ashinhurst then led his company to the aid of allies at Combat Outpost Shir Ghazay after the outpost had been attacked by a car bomb and breached by four enemy fighters, rendering aid to a Georgian soldier and organizing the transport of casualties to medical aid.

He then moved tanks into position around the COP to guard against further attacks. 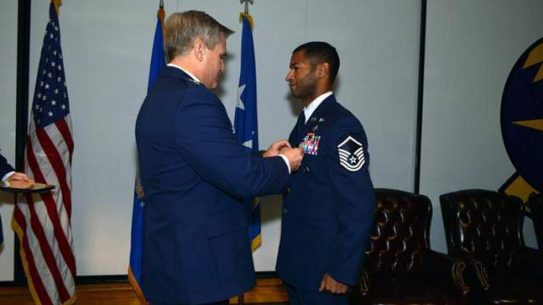