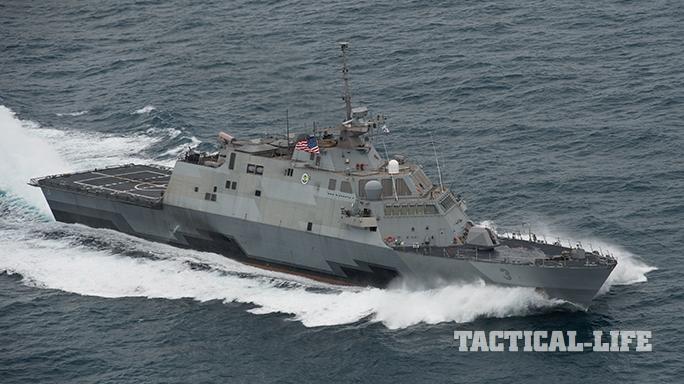 The following is a release from Lt. Lauryn Dempsey and the U.S. Navy:

Fort Worth and Hengshui were conducting routine training and operations in international waters of the South China Sea when the ships realized a training opportunity was present.

CUES, a set of procedures endorsed by naval leaders at the Western Pacific Naval Symposium in April 2014, is a guideline for unplanned maritime encounters while at sea, providing standards for communication, safety procedures and maneuvering instructions for naval ships and aircraft.

“The interaction with the Hengshui was safe and routine, and the professionalism that was on display by both ships is commendable,” said Cmdr. Matt Kawas, Fort Worth Crew 103 commanding officer. “As the first underway for Crew 103 aboard Fort Worth in U.S. 7th Fleet, this was a real-time situation where we relied upon our months of training in San Diego to execute.”

Fort Worth and Hengshui rendezvoused and used CUES as a signaling protocol to indicate ship maneuvering.

“Having a standardized protocol of safety procedures, basic communications and basic maneuvering instructions is critical as we work together to prevent mishaps and miscommunications at sea,” said Capt. Fred Kacher, commodore, Destroyer Squadron 7. “This will likely not be the last time Fort Worth conducts CUES as she continues to operate extensively throughout Southeast Asia and expand her operational footprint to Northeast Asia during the remaining 12 months of her deployment to the Asia-Pacific.”

Fort Worth departed Singapore Feb. 19 following the first of three crew swaps as part of the ship’s maiden 16-month deployment to the Asia-Pacific. Fort Worth is the first LCS to deploy under the “3-2-1” manning concept, which allows LCS to sustain a 16-month forward presence without fatiguing the crew during the extended deployment. It is named “3-2-1” because three rotational crews will support two LCS ships and maintain one deployed ship. Two additional crew swaps will occur during the remainder of Fort Worth’s deployment, roughly every four months.

During the first five days of the current underway period, the crew conducted at-sea workups to maintain the proficiency achieved as part of their deployment certification in San Diego. Fort Worth is now headed north for Foal Eagle in March. Held annually with the Republic of Korea navy, Foal Eagle is also the first exercise in Northeast Asia that incorporates LCS participation.

Fort Worth is the second LCS to deploy as part of an initiative for up to four rotational deployments of these ships simultaneously to U.S. 7th Fleet in the coming years. Fast, agile and mission-focused, littoral combat ships are designed to operate in near shore environments and employ modular mission packages that can be configured for surface warfare, mine countermeasures or anti-submarine warfare. 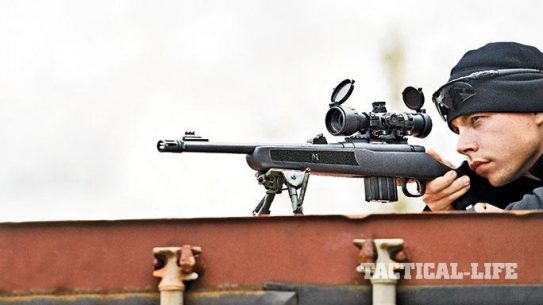