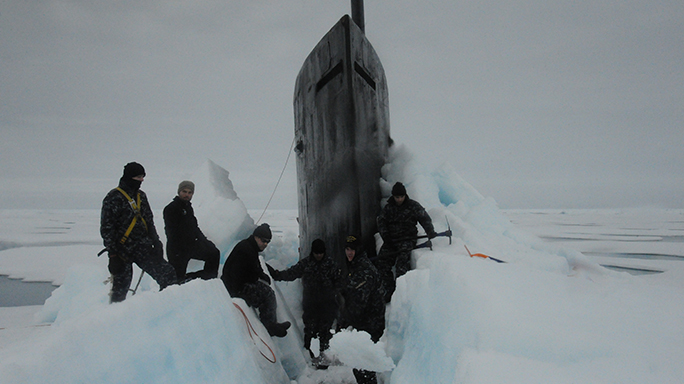 The fast-attack submarine USS Seawolf (SSN 21) returned to its homeport of Naval Base Kitsap-Bremerton Aug. 21, following a six-month deployment.

“The crew performed superbly on multiple operations in the 6th Fleet area of responsibility,” said Cmdr. Jeff Bierley, Seawolf’s commanding officer, from Birmingham, Ala. “We conducted two polar transits, including a routine surfacing at the North Pole. Operations under the Arctic are part of the Navy’s continued commitment to maintain access to all international seas, and Seawolf was just part of that commitment.”

The Navy has been operating in the Arctic for decades and it is expected that presence requirements will likely increase as maritime traffic in the region increases. Ships like Seawolf support the Arctic national strategy by developing capabilities, increasing maritime awareness and preserving freedom.

“Seawolf did an exceptional job; they had an accelerated fleet readiness training period so they were really pushed to get all of their preparations, training and certifications done before deployment, including preparations for the very challenging Arctic transit,” said Capt. Douglas Perry, commander, Submarine Development Squadron 5, from Alexandria, Virginia. “Arctic transits are important, not just for us to be able to keep our fleet assets around the globe, but it also give us an opportunity to maintain undersea dominance of the Arctic spaces, an area that is very challenging and is changing dramatically.”

This was the first deployment for many of the Sailors aboard Seawolf, awarding them the unique experience of visiting the North Pole.

“It was a very interesting deployment full of mixed emotions and the unexpected,” said Yeoman 3rd Class Felipe Aparicio, from Los Angeles. “Surfacing at the North Pole was awesome. As you push through the surface it takes your breath away. You feel the ice hit the hull of the boat and you hear thumping back and forth all around you; then it just stops. It was a memorable experience. We got out of the boat, and the best way to describe the North Pole is that it’s a cold, snowy desert.”

These polar transits and the surfacing of submarines demonstrate the U.S. Navy’s commitment to assure access to all international waters. USS Nautilus (SSN 571) was the first submarine to complete a submerged polar transit.

“We are very happy to be home to the Pacific Northwest, and we are eager to spend time with our family and friends,” said Bierley.

Seawolf, commissioned July 19, 1997, is the first of the Navy’s three Seawolf-class submarines. The Seawolf is significantly quieter than any Los Angeles-class submarine. It is also faster, has more torpedoes tubes and can carry up to 50 torpedoes or missiles, or 100 mines.

All of the Seawolf-class submarines are homeported in the Pacific Northwest – USS Connecticut (SSN 22) and Seawolf at Bremerton, Washington, and USS Jimmy Carter (SSN 23) at Naval Base Kitsap-Bangor. 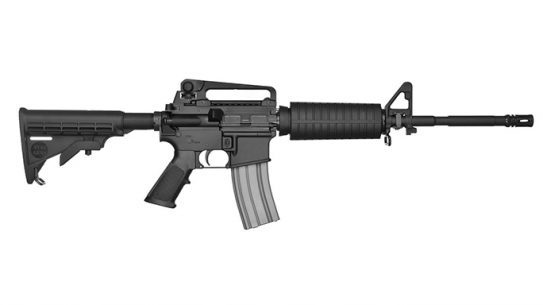