This week, Utah state representative Carl Wimmer (R-Herriman), announced he plans to introduce a measure to designate the model 1911 .45 cal. ACP pistol invented by Utah native John Moses Browning 100 years ago as the Official State Firearm when the legislature convenes in January.

Virtually all states have a state bird, a state flower and a state motto. But Utah soon could be among the first to have an official state firearm — the Browning model 1911 .45-caliber handgun, designed by Utah gunmaker John Moses Browning.

Rep. Carl Wimmer, R-Herriman — a former police officer, a life member of the National Rifle Association and an instructor for concealed weapons classes — wants to take a shot at creating that designation when the Legislature convenes next month. At least one anti-gun-violence group bemoans the move but sees no real harm.

“It would be very appropriate going into 2011 because it is the 100-year anniversary of the Browning model 1911,” Wimmer said. “It has a rich history. It was in every war from World War I to World War II, Korea, Vietnam and all the recent wars. It is still used by some military units and many police agencies.”

Wimmer said he believes some other states also have state firearms but could not name any specifically. Comprehensive websites about state symbols do not list any.

And when a Pennsylvania lawmaker proposed designating a state firearm there this year (to honor the Pennsylvania long rifle), news stories said that would create the first official state firearm in the country. That effort appears to have failed while creating some controversy with anti-violence groups, so Utah now could be the first.

“As to how the outside world views Utah, it again shows how Utah worships guns at all turns of the road,” said Gary Sackett, spokesman for the Utah Center for the Prevention of Gun Violence. 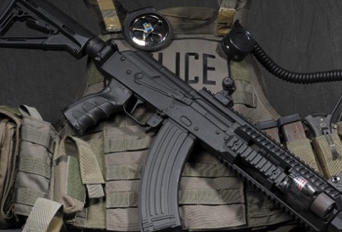