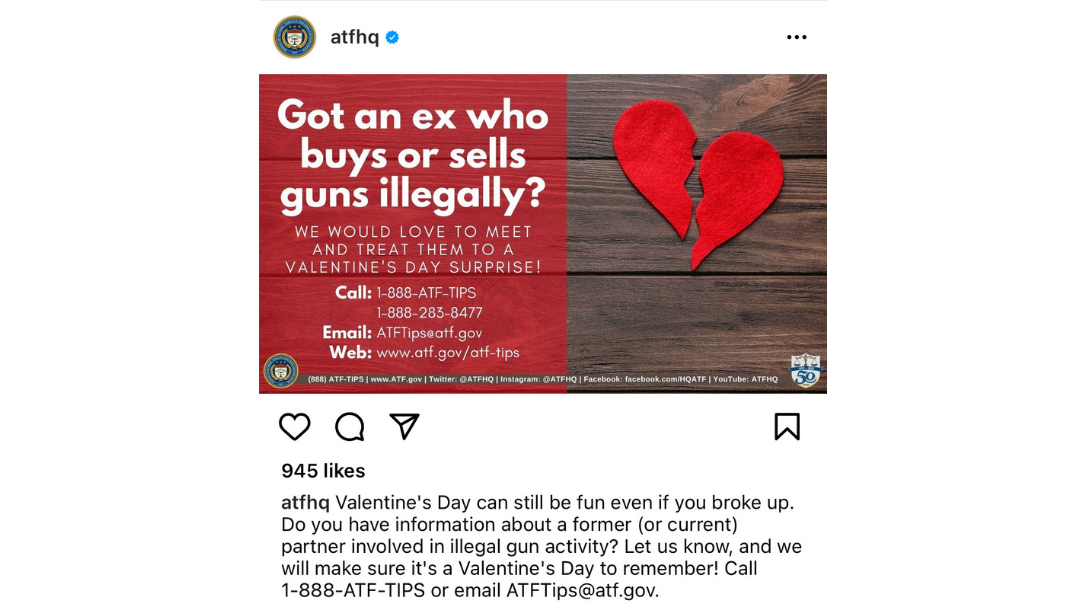 If there was an award for tone-deaf social media posts, the ATF would win today on Valentine’s Day. On their official Instagram account, they posted the image that you see in the header here, suggesting that you should snitch on your ex-partner if you suspect them of engaging in illegally selling guns. 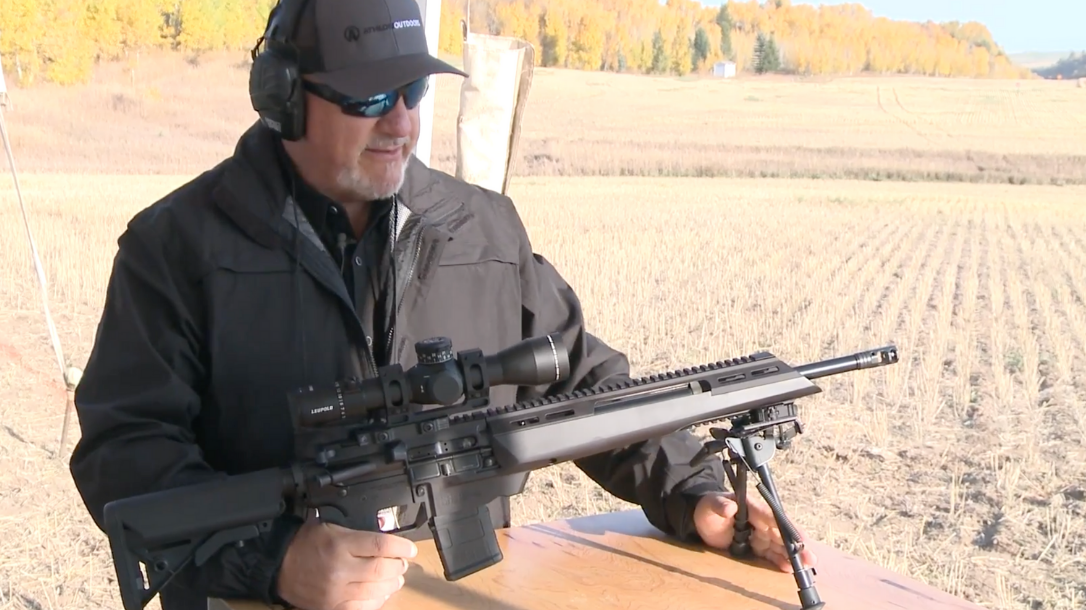 How to Ruin Valentine’s Day in One Easy Step

Predictably, commenters are roasting the ATF on the post. A large number of people are “reporting” the ATF’s own phone number. Many of the commenters point out the ATF’s own Project Gunrunner, also known as Fast and Furious. For those that don’t remember, this Obama-era plan allowed thousands of guns to “walk” across the border into Mexico. Many of these guns ended up in the hands of the cartels. The alleged goal was to be able to trace the routes that crime guns take from the USA into Mexico. Unfortunately, this goal was a pipe dream. Federal agent Brian Terry‘s killers used a gun the ATF allowed to “walk” into Mexico.

Now, before we continue to laugh at the ATF’s expense this Valentine’s Day, it is important to note that you should actually report people who are committing firearms related crimes. That’s the entire point of the NSSF’s Don’t Lie for the Other Guy campaign. Don’t Lie is a national campaign aimed at reducing straw purchases. Straw purchasing is a felony, and a relatively common vector for guns to enter the black market. With that in mind however, the ATF’s social media is still pretty tone deaf.

It’s especially tone deaf in an era of what’s called swatting. If you’re not familiar, “swatting,” sometimes spelled “SWAT-ing” is a form of online harassment. The Wikipedia summary is an excellent description:

As a result, for the ATF to drop a post about snitching on a former domestic partner on Valentine’s Day seems pretty tacky. It feels like they were trying to be funny, but missed the mark by a pretty wide margin. 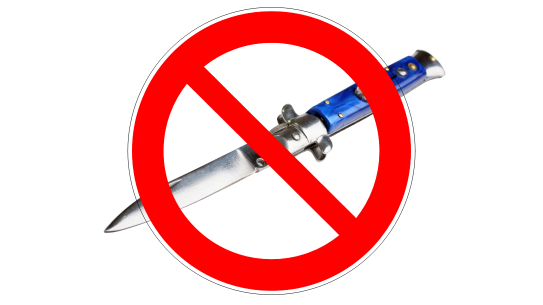 Why should you care about the Virginia switchblade ban repeal? Because carrying your favorite...