A quick-thinking Las Vegas police sergeant shot and killed a man who brutally stabbed his wife with an eight-inch butcher knife last week. The body camera footage of the encounter, which lasted for less than 30 seconds, can be viewed above. 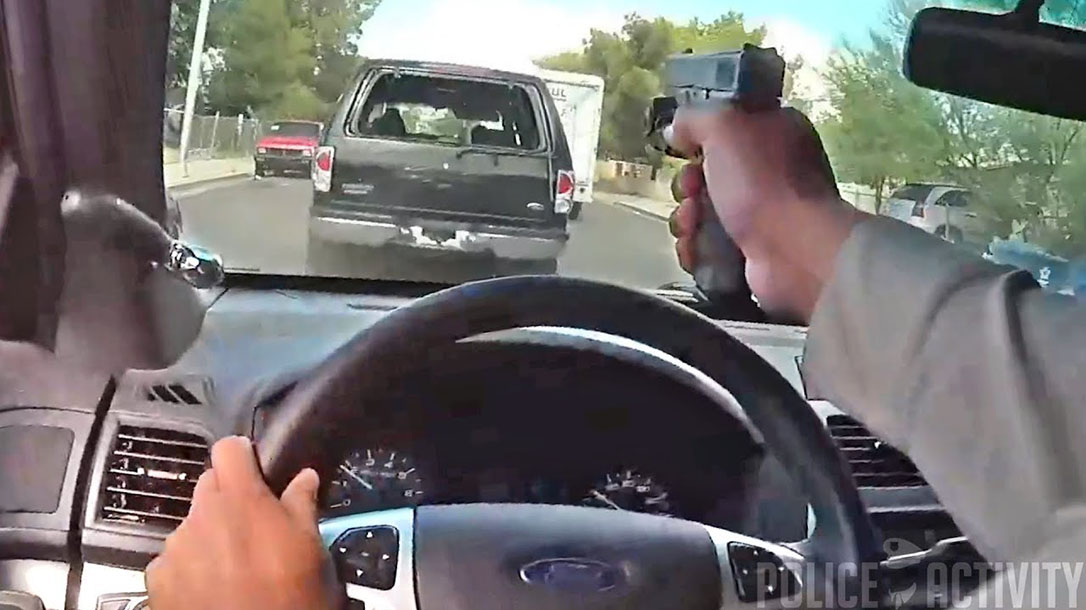 Assistant Sheriff Brett Zimmerman said at a press conference that at around 9:05 p.m. on the evening of Aug. 8, Las Vegas Metropolitan Police Department dispatch started getting multiple calls reporting that a man was attempting to kill his wife by stabbing her in the neck with a knife. Per department policy, dispatch sent three officers, as well as a sergeant, to respond.

Sergeant Daniella Cino arrived first at the scene to see the suspect attacking a woman on the ground with a knife. The body camera footage shows her getting out of her vehicle, drawing her gun and ordering the suspect—30-year-old William Fuller—to get away from the woman and drop the knife.

Fuller, whose shirt is covered in blood, stands up while the woman lays motionless on the ground. He turns to face Cino. He then starts running toward her with the knife raised.

That’s when Sergeant Cino discharges her Glock 17 9mm pistol twice, hitting Fuller both times and dropping him to the ground.

EMTs transported Fuller to Sunrise Trauma Center, where he was pronounced dead.

Fuller’s wife, who remains unidentified, was also taken to an area hospital and has been described as “stable.” The woman is the mother of Fuller’s four children, all of whom were inside the apartment where the stabbing began. Fortunately, none of the children were injured.

According to the Las Vegas Sun, Cino is an 11-year veteran of the LVMPD. Zimmerman praised her “bravery and decisiveness” during the encounter.

“Her actions prevented a woman from being killed in a domestic violence incident,” Zimmerman said.

Fuller had no prior criminal history.

This is the 14th LVMPD officer-involved shooting of 2018. The LVMPD is currently investigating the incident.

Below, watch the full press conference, which includes a photo of the butcher knife, as well as a collection of the 911 calls made to police. 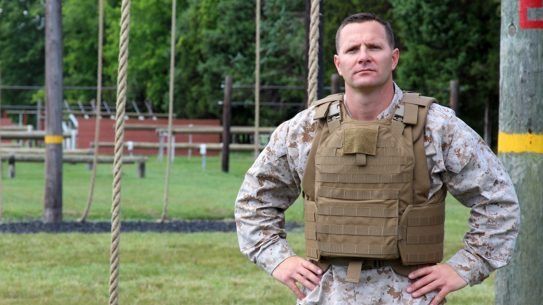 The Marine Corps is looking for a new lightweight hard armor plate which would...