Homicides in Venezuela have quadrupled during President Hugo Chavez’s 11 years in power, with two people murdered every hour, according to new figures from a non-governmental organization.

The Venezuelan Observatory of Violence (OVV), whose data is widely followed in the absence of official statistics, said the South American nation has one of the highest crime rates on the continent, with 54 homicides per 100,000 citizens in 2009.

That rate is only surpassed in Latin America by El Salvador where 70 in every 100,000 citizens were murdered last year, the OVV said, citing official statistics from that country.

Crime repeatedly comes first on Venezuelans’ list of worries. It has also begun to drag on Chavez’s traditionally high approval ratings as well as scare tourists who come to Venezuela.

“The problem is not so much the criminals, but rather the government’s inaction and lack of policies,” OVV director Roberto Briceno Leon told Reuters.

Chavez says he is doing his best to combat crime, which he blames on wealth inequalities caused by former governments.

He accuses foes of exaggerating the problem to foment fear, and has recently hiked pay for police officers, as well as launching a new national force.

Briceno, a criminology professor at the Central University of Venezuela and at the Sorbonne in Paris, blamed a weak judicial system and ineffective and corrupt policing in Venezuela, where he said 91 percent of crimes go unsolved.

He collates his figures from police sources and media reports. When Chavez came to power in 1999 there were 4,550 homicides whereas in 2009 there were 16,047, the OVV said.

That means Venezuela experiences every month about as many deaths as occurred in the Gaza Strip during Israel’s early 2009 offensive, Briceno said.

With a murder rate of 140 per 100,000 citizens, Venezuela’s capital Caracas has the highest murder rate in South America, only exceeded in the hemisphere by Mexico’s Ciudad Juarez. 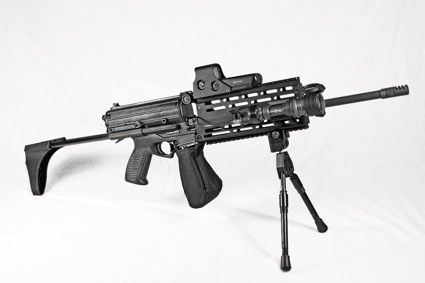 Homicides in Venezuela have quadrupled during President Hugo Chavez's 11 years in power, with…