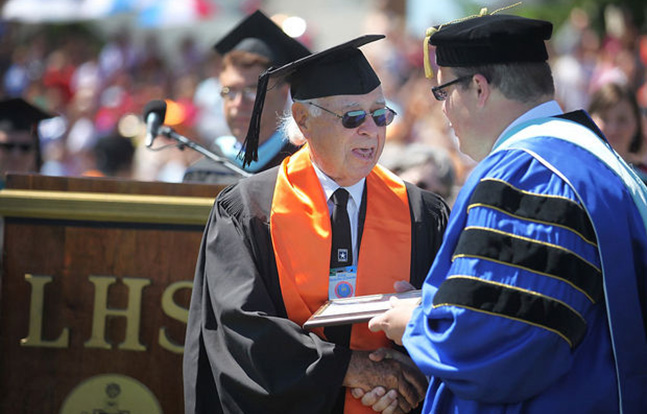 Herman Zeitchik isn’t like the other graduates of the Linden High School Class of 2014, because other graduates didn’t brave the beaches of Normandy during the D-Day invasions of World War II.

Zeitchik, now 90, finally received his diploma this past weekend after missing his ceremony in 1944 due to his deployment, according to NJ.com.

In May, Zeitchik took part in the National Memorial Day Parade in Washington, when he spotted his former high school’s colors, NJ.com reported. It was there he spoke with Matt Lorenzetti, Linden High School’s supervisor of fine and performing arts.

RELATED: A Salute To the Fallen: The 70th Anniversary of D-Day

“The timing of it all was pretty impeccable, in that we were selected to go to the parade this year, and he happened to be there, and we walked past him instead of across the field,” Lorenzetti told NJ.com.

Zeitchik later told Lorenzetti that because he was overseas, his parents accepted his diploma for him. Lorenzetti was able to confirm that by virtue of his Army service, the soldier had earned enough credit to complete his senior year — and to graduate.

When Lorenzetti returned to Linden High School and told administrators of Zeitchik’s story, the veteran was asked to participate in the Class of 2014 ceremony, which  he gladly did.

“They say you can never go home,” Zeitchik said in his acceptance speech. “I just did.” 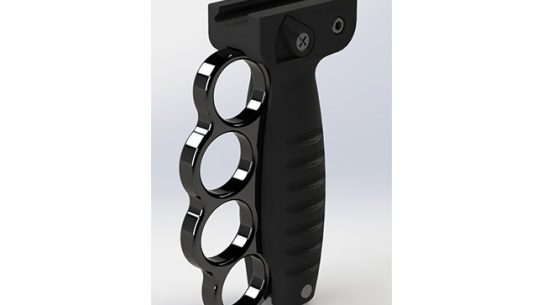 Survival Grips allow for user to convert from shooting with a firm grip to...