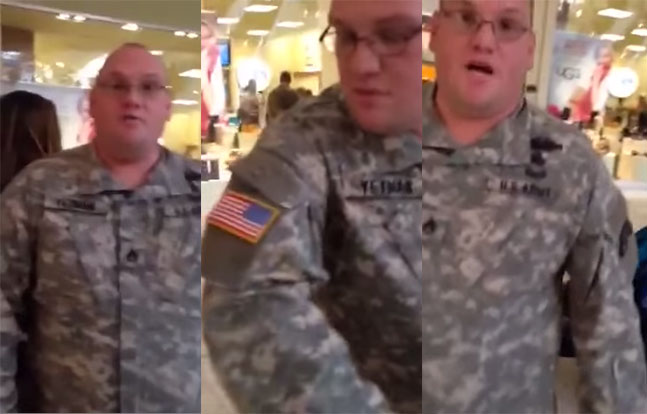 Berk, a Purple Heart recipient, was shopping on Black Friday at the Oxford Valley Mall in Pennsylvania when he noticed a man in full uniform.

The 26-year-old Berk confronted the man, identified as Sean Yetman, after he noticed several inconsistencies in his uniform.

The inconsistencies included an American flag patch in the wrong spot and three Combat Infantryman Badges (CIBs) on Yetman’s shoulder, something very rare for someone his age.

When Berk quizzed Yetman about the three CIBs, Yetman said he received all three in Afghanistan, an impossibility since only one is given per campaign.

“I served in Afghanistan and have several friend who were seriously wounded and a couple who were killed in action who wore that same uniform and to see someone try and claim that type of sacrifice really irked me,” Berk said. “… He’s impersonating in the uniform people died for.”

Many media websites are speculating that Yetman was using the fake Army Ranger’s uniform to get discounts while shopping on Black Friday. If that’s the case, then the viral video isn’t the only probably Yetman has, he may be facing federal charges under the Stolen Valor Act. 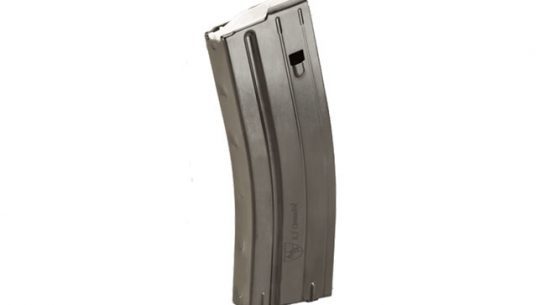 With its 24-round capacity, the new high-capacity magazines from Alexander Arms are specifically designed...