Keanu Reeves is one of the biggest actors on the planet.

Known for movies like “The Matrix” and “Point Break,” the actor is very familiar with the world of firearms.

In 2014, Reeves starred in “John Wick,” where he played the title character, a hit man who comes out of retirement to exact revenge on those who wronged him. Needless to say, there were a lot of guns used in the film.

Recently, Reeves started training with the one and only Taran Tactical Innovations for the sequel to “John Wick.” Turns out training is going incredibly well, as Reeves has been busy absolutely shredding the shooting courses with a number of weapons.

Taran Tactical posted the above video to its Facebook page with the following caption:

Well ladies and gents, everyone loves a little shredding. Make sure you guys check out John Wick II when it hits theaters. The firearms action alone will be unlike anything you’ve ever seen. So much of it is revolutionary stuff that we gun owners have known of for years, but never made it to the big screen.

For more on Taran Tactical Innovations, please visit TaranTacticalInnovations.com. Keep an eye out for Keanu Reeves and his shooting in “John Wick: Chapter Two,” slated to hit theaters in February 2017. 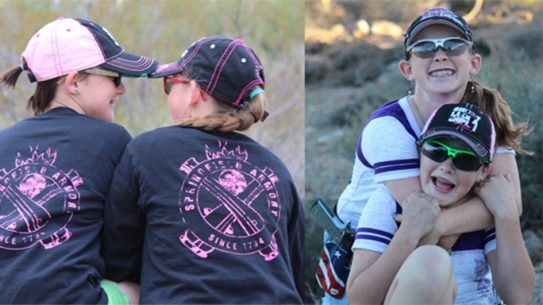 Jalise Williams, 12, and her sister Justine, 11, are the two newest members to...