From the beginning of the congressional investigation into Operation Fast and Furious, the Department of Justice has offered a roving set of ever-changing explanations to justify its involvement in this reckless and deadly program. These defenses have been aimed at undermining the investigation. From the start, the Department insisted that no wrongdoing had occurred and asked Senator Grassley and me to defer our oversight responsibilities over its concerns about our purported interference with its ongoing criminal investigations. Additionally, the Department steadfastly insisted that gunwalking did not occur.

Once documentary and testimonial evidence strongly contradicted these claims, the Department attempted to limit the fallout from Fast and Furious to the Phoenix Field Division of the Bureau of Alcohol, Tobacco, Firearms, and Explosives (ATF). When that effort also proved unsuccessful, the Department next argued that Fast and Furious resided only within ATF itself, before eventually also assigning blame to the U.S. Attorney’s Office in Arizona. All of these efforts were designed to circle the wagons around DOJ and its political appointees.

To that end, just last month, you claimed that Fast and Furious did not reach the upper levels of the Justice Department. Documents discovered through the course of the investigation, however, have proved each and every one of these claims advanced by the Department to be untrue. It appears your latest defense has reached a new low. Incredibly, in your letter from Friday you now claim that you were unaware of Fast and Furious because your staff failed to inform you of information contained in memos that were specifically addressed to you. At best, this indicates negligence and incompetence in your duties as Attorney General. At worst, it places your credibility into serious doubt.

Following the Committee’s issuance of a subpoena over six months ago, I strongly believed that the Department would fully cooperate with Congress and support this investigation with all the means at its disposal. The American people deserve no less. Unfortunately, the Department’s cooperation to date has been minimal. Hundreds of pages of documents that have been produced to my Committee are duplicative, and hundreds more contain substantial redactions, rendering them virtually worthless. The Department has actively engaged in retaliation against multiple whistleblowers, and has, on numerous occasions, attempted to disseminate false and misleading information to the press in an attempt to discredit this investigation.

Your letter dated October 7 is deeply disappointing. Instead of pledging all necessary resources to assist the congressional investigation in discovering the truth behind the fundamentally flawed Operation Fast and Furious, your letter instead did little but obfuscate, shift blame, berate, and attempt to change the topic away from the Department’s responsibility in the creation, implementation, and authorization of this reckless program. You claim that, after months of silence, you “must now address these issues” over Fast and Furious because of the harmful discourse of the past few days. Yet, the only major development of these past few days has been the release of multiple documents showing that you and your senior staff had been briefed, on numerous occasions, about Fast and Furious.

A month after you became Attorney General, you spoke of the danger of the Mexican drug cartels, and the Sinaloa cartel in particular. The cartels, you said, “are lucrative, they are violent, and they are operated with stunning planning and precision.” You promised that under your leadership “these cartels will be destroyed.” You vowed that the Department of Justice would “continue to work with [its] counterparts in Mexico, through information sharing, training and mutual cooperation to jointly fight these cartels, both in Mexico and the United States.”

On September 7, 2011, you said that “[t]he notion that [Fast and Furious] reaches into the upper levels of the Justice Department is something that at this point I don’t think is supported by the facts and I think once we examine it and once the facts are revealed we’ll see that’s not the case.” Unfortunately, the facts directly contradict this statement.

For example, Manuel Celis-Acosta was the “biggest fish” of the straw purchasing ring in Phoenix. From the time the investigation started in September 2009 until March 15, 2010, Manuel Celis-Acosta acquired at least 852 firearms valued at around $500,000 through straw purchasers. Yet in 2009, Celis-Acosta reported an Arizona taxable income of only $15,475. Between September 2009 and late January 2010, 139 of these firearms were recovered, 81 in Mexico alone. Some of these firearms were recovered less than 24 hours after they were bought.

This information, and hundreds of pages worth of additional information, was included in highly detailed wiretap applications sent for authorization to Breuer’s top deputies. It is my understanding, the Department applied to the United States District Court for the District of Arizona for numerous wire taps from March 2010 to July 2010. These wire tap applications were reviewed and approved by several Deputy Assistant Attorney Generals, including Kenneth A. Blanco, John C. Keeney, and Jason M. Weinstein. Breuer’s top deputies approved these wiretap applications to be used against individuals associated with the known drug cartels. As I understand it, the wire tap applications contain rich detail of the reckless operational tactics being employed by your agents in Phoenix. Although Breuer and his top deputies were informed of the operational details and tactics of Fast and Furious, they did nothing to stop the program. In fact, on a trip to Mexico Breuer trumpeted Fast and Furious as a promising investigation.

Gary Grindler, the then-Deputy Attorney General and currently your Chief of Staff, received an extremely detailed briefing on Operation Fast and Furious on March 12, 2010. In this briefing, Grindler learned such minutiae as the number of times that Uriel Patino, a straw purchaser on food stamps who ultimately acquired 720 firearms, went in to a cooperating gun store and the amount of guns that he had bought. When former Acting ATF Director Ken Melson, a career federal prosecutor, learned similar information, he became sick to his stomach:

I had pulled out all Patino’s — and ROIs is, I’m sorry, report of investigation — and you know, my stomach being in knots reading the number of times he went in and the amount of guns that he bought. Transcribed interview of Acting ATF Director Kenneth Melson at 42.

At the time of his briefing in March of last year, Grindler knew that Patino had purchased 313 weapons and paid for all of them in cash. Unlike Melson, Grindler clearly saw nothing wrong with this. If Grindler had had the sense to shut this investigation down right then, he could have prevented the purchase of an additional 407 weapons by Patino alone. Instead, Grindler did nothing to stop the program.

In the summer of 2010, at the latest, you were undoubtedly informed about Fast and Furious. On at least five occasions you were told of the connection between Fast and Furious and a specific Mexican cartel – the very cartel that you had vowed to destroy. You were informed that Manuel Celis-Acosta and his straw purchasers were responsible for the purchase of 1,500 firearms that were then supplied to Mexican drug trafficking cartels. Yet, you did nothing to stop this program.

You failed to own up to your responsibility to safeguard the American public by hiding behind “[a]ttorneys in [your] office and the Office of the Deputy Attorney General,” who you now claim did not bring this information to your attention. Holder Letter, supra note 1. As a result of your failure to act on these memos sent to you, nearly 500 additional firearms were purchased under Fast and Furious.

On May 3, 2011, I asked you directly when you first knew about the operation known as Fast and Furious. You responded directly, and to the point, that you weren’t “sure of the exact date, but [you] probably heard about Fast and Furious for the first time over the last few weeks.” This statement, made before Congress, has proven to be patently untrue. Documents released by the Department just last week showed that you received at least seven memos about Fast and Furious starting as early as July 2010.

Perhaps the most disturbing aspect of this intransigence is that the Department of Justice has been lying to Congress ever since the inquiry into Fast and Furious began. On February 4, 2011, Assistant Attorney General Ronald Weich wrote that “ATF makes every effort to interdict weapons that have been purchased illegally and prevent their transport into Mexico.” This letter, vetted by both the senior ranks of ATF as well as the Office of the Deputy Attorney General, is a flat-out lie.

As we understand it, in March 2010, top deputies to Lanny Breuer were informed that law enforcement officers intercepted calls that demonstrated that Manuel Celis-Acosta was conspiring to purchase and transport firearms for the purpose of trafficking the firearms from the United States into Mexico. Not only was ATF aware of this information, but so was the Drug Enforcement Administration and the Federal Bureau of Investigation. This information was shared with the Criminal Division. All of these organizations are components of the Department of Justice, and they were all aware of the illegal purchase of firearms and their eventual transportation into Mexico.

These firearms were not interdicted. They were not stopped. Your agents allowed these firearms purchases to continue, sometimes even monitoring them in person, and within days some of these weapons were being recovered in Mexico. Despite widespread knowledge within its senior ranks that this practice was occurring, when asked on numerous occasions about the veracity of this letter, the Department has shockingly continued to stand by its false statement of February 4, 2011.

Mr. Attorney General, you have made numerous statements about Fast and Furious that have eventually been proven to be untrue. Your lack of trustworthiness while speaking about Fast and Furious has called into question your overall credibility as Attorney General. The time for deflecting blame and obstructing our investigation is over. The time has come for you to come clean to the American public about what you knew about Fast and Furious, when you knew it, and who is going to be held accountable for failing to shut down a program that has already had deadly consequences, and will likely cause more casualties for years to come.

Operation Fast and Furious was the Department’s most significant gun trafficking case. It related to two of your major initiatives – destroying the Mexican cartels and reducing gun violence on both sides of the border. On your watch, it went spectacularly wrong. Whether you realize yet or not, you own Fast and Furious. It is your responsibility. 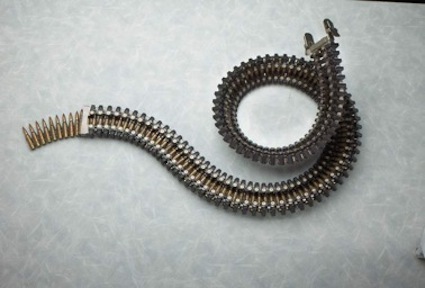 From republicans.oversight.house.gov... Dear Attorney General Holder: From the beginning of the congressional investigation into…