When Shenandoah County Sheriff’s Office deputies approached a knife-wielding suspect back in May, they were met with pleas of “Just shoot me,” an attempt at what they felt was “suicide by cop.”

The events were recorded by body-worn cameras that the deputies were wearing as they attempted to reason with the suspect, identified as 38-year-old Corbyn Lee Rush.

In the video, one deputy is heard trying to reason with Rush for several minutes before Rush is finally shot with a Taser. Despite the initial impact, Rush is unfazed by the Taser and continues on for a short while before dropping his knife.

Deputies seized the opportunity and tackled Rush to the ground, avoiding serious injury for all parties involved.

According to The Northern Virginia Daily:

Rush was jailed, but last week, almost seven months later, a Shenandoah County jury acquitted him of most of the charges he was facing – three counts of assault on a law enforcement officer and three counts of assault and battery that stemmed from a related dispute with family members. The jury, which viewed the body camera videos during the trial, deliberated about 40 minutes before returning its verdict.

Assistant Commonwealth’s Attorney Kristen Zalenski has dropped another charge of assault and battery against Rush. Zalenski refused to comment on the outcome of the trial.

One of Rush’s attorneys, Assistant Public Defender Peter McDermott, said the evidence, including the body camera footage, showed his client did not intend to harm the deputies or make them feel fear, which is one of the requirements for convicting a defendant of an assault charge.

For more information on the video, please visit NVdaily.com. 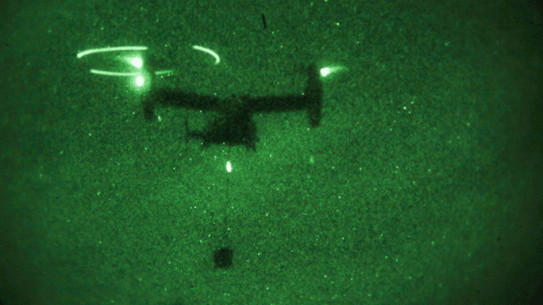 Marines with 2nd Transportation Support Battalion got to work in the darkness during a...