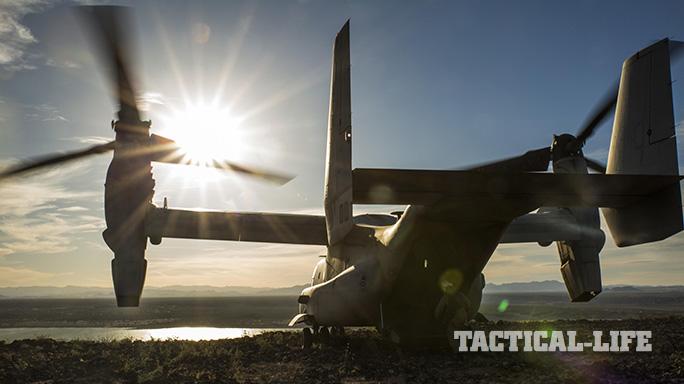 The following is a release from Cpl. Andy Orozco with II Marine Expeditionary Force:

Marines with Marine Operational Test and Evaluation Squadron 22 tested new software for the MV-22B Osprey in Albuquerque, N.M., April 2, using the difference in terrain to their advantage.

“VMX-22’s purpose is to conduct operational tests for the Marine Corps,” said Capt. George Cummings, an MV-22B Osprey pilot with the squadron. “That means we are a step in the developmental process of new systems for aviation in the Marine Corps; such as software, components for the aircraft, and the aircraft itself.”

In order to test the software the Marines of VMX-22 flew missions that would be flown in the operating forces.

“What we did today was an operational test flight,” said Cummings. “We have a system called the Mission Computer Obsolescence Initiative that we are testing. Prior to this aircraft going out to the fleet, we need to make sure that the war fighter has a good tool. We’re one of the last steps in the process. We’re going to do mission sets that the war fighter is going to do and verify that the system works well in those conditions.”

The Marines conducted low-altitude tactics, mountain training, and reduced visibility landings, which are landings conducted in an area that is difficult to see, said Cummings.

“We have to come to places like this because the Marine Corps fights in all climes and place,” said Cummings. “We have to make sure that in low, hot and humid places like Jacksonville [North Carolina] the system works and that it works in high, hot, and dry places like here in Albuquerque, New Mexico, only then can we be sure that this system works well in every clime and place.”

“The main difference between flying here and in New River is terrain,” said Cummings. “It adds a lot more turbulence and we have to deal with terrain avoidance; we have a lot more areas to test out this system. It’s a lot more challenging in some ways working out here and that’s why we came out here, to take advantage of that.”

The test flights are a challenge on both the pilots and the crew chiefs with each one helping the other in order to complete the task at hand. 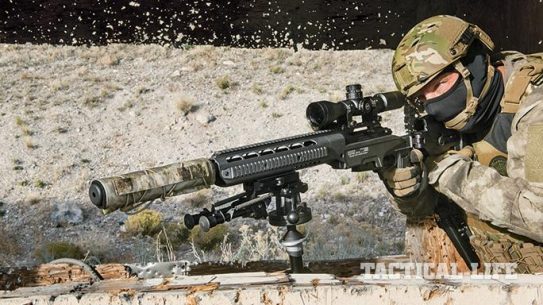