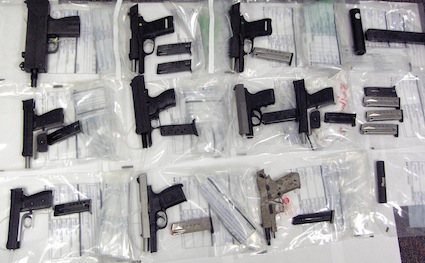 The Senate voted Tuesday to effectively block the Justice Department from undertaking gun-smuggling probes like the flawed “Operation Fast and Furious” aimed at breaking up networks running guns to Mexican drug cartels but that lost track of hundreds of the weapons, some of which were used to commit crimes in Mexico and the United States.

The 99-0 vote would block the government from transferring guns to drug cartels unless federal agents “continuously monitor or control” the weapons. The amendment’s sponsor, Sen. John Cornyn, R-Texas, called the vote “just the first step towards ensuring that such a foolish operation can never be repeated by our own law enforcement.”

The Justice Department has already stopped the program.

A Justice Department official, who spoke on condition of anonymity because Congress did not ask the department for its views, said the amendment essentially reflects DOJ policy.

Source: The Associated Press via CBS.