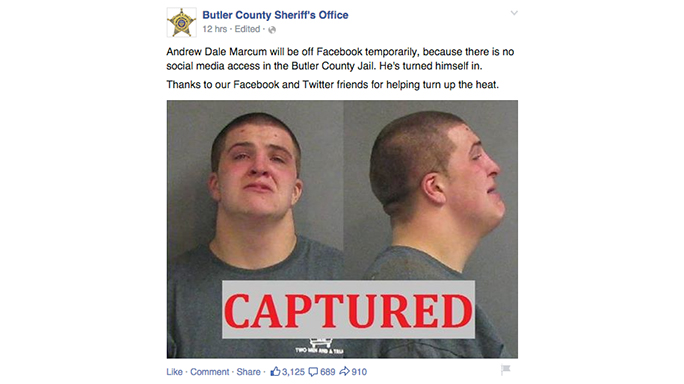 Andrew Dale Marcum was apprehended after responding to a Facebook wanted post from the Butler County Sheriff's Office.
Comment(s)

On Monday, March 2, the Ohio-based Butler County Sheriff’s Office posted a “warrant of the week” on its Facebook page for 21-year-old Andrew Dale Marcum.

The Butler County Sheriff’s Office posted at 10 a.m on March 2:

Time for another featured warrant of the week! BCSO is looking to apprehend ANDREW DALE MARCUM on numerous warrants. He has previously been known to reside on Route 4 in Lemon Township, but also tends to commit crimes in Hamilton and Middletown.

The highlight of his recent criminal past involves burglary / safe-cracking (a Felony 2). He’s also been dabbling in abduction (F2), assault (M1), domestic violence (M1), criminal endangering (M1) and he has some bench warrants.

The response from Marcum, which reads “I ain’t tripping half of them don’t even know me,” prompted the Butler County Sheriff’s Office to respond with “Andrew Marcum- If you could stop by the Sheriff’s Office, that’d be great.”

Marcum turned himself in to the Butler County Sheriff’s Office on March 3 after pressure from both the sheriff’s office and the general public who was monitoring the thread.

The sheriff’s office posted this response after his arrest:

Andrew Dale Marcum will be off Facebook temporarily, because there is no social media access in the Butler County Jail. He’s turned himself in. 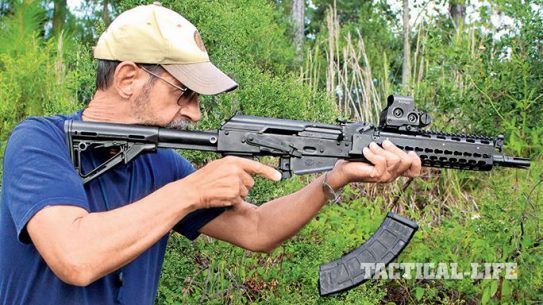