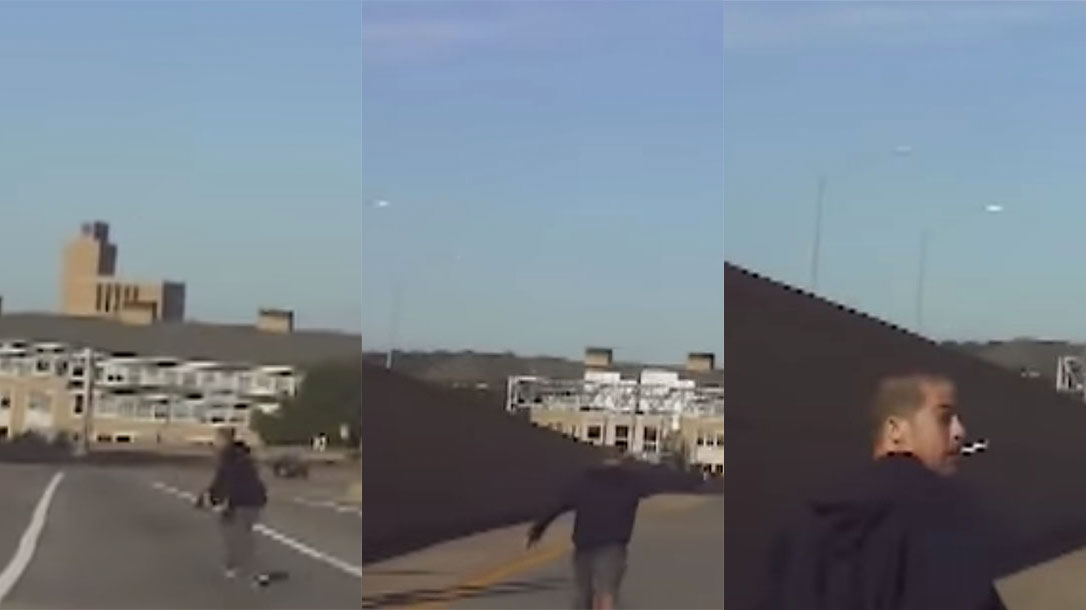 On Nov. 11, Thompson initiated a traffic stop that turned highly dangerous when the suspect exited the vehicle and opened fire on him. Thompson returned fire, with numerous rounds exchanged, before the suspect returned to his vehicle and fled.

A short distance later, the vehicle stopped before a female passenger exited, then the car took again.

Dash cam footage clearly shows the suspect fire multiple rounds in the presumed direction of Thompson, with glass and debris flying onto the officer’s squad car. The footage is intense, with the suspect taking several shots and possibly executing a magazine change midway through the gunfight.

Police issued a BOLO (Be On the Lookout) for the suspect following the exchange. A Springdale Police officer located the vehicle later, further exchanging gunfire with the assailant. Police then pursued the suspect into Fayetteville, where Fayetteville Police and Arkansas State Police joined the chase.

The suspect, identified as Luis Cobos-Cenobio, has since been arrested after suffering a wound to the left arm/shoulder. Authorities took the suspect to Northwest Medical Center for treatment. 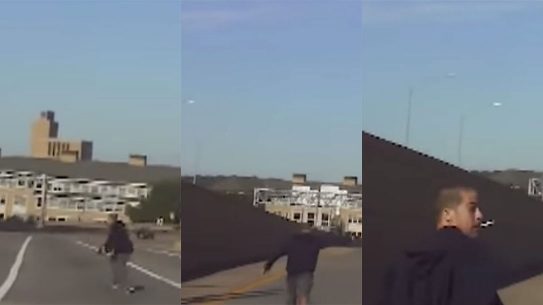 As a homicide suspect opened fire at responding officers on an expressway, one Grand...