President Donald Trump will award the Medal of Honor to David Bellavia on June 25. Bellavia earns the award for actions fighting a den of insurgents during the second Battle of Fallujah in 2004. 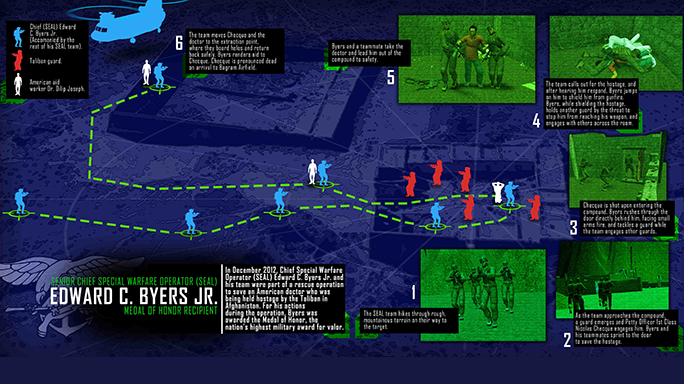 Graphic: How US Navy Seal Edward Byers Earned His Medal of Honor

Bellavia, then a Staff Sgt. and squad leader, led his unit into a building-clearing mission on Nov. 10, 2004. Originally awarded the Silver Star for his actions that day, Bellavia used an M16, M249 SAW, a frag grenade and even his knife to kill fight and kill the enemy during an intense battle. Further, the soldier called for fire from a Bradley Fighting Vehicle. In short, he save a lot of lives that day through is courageous, selfless fighting.

Remarkably, Bellavia made contact, broke contact and got his soldiers to safety, before returning inside to take on insurgents once more. During the course of the battle, Bellavia killed several insurgents, including one through hand-to-hand combat, according to the award citation.

After entering the building and coming under heavy fire, Bellavia “switched out his M16 rifle for an M249 SAW gun and entered one room where the insurgents were located to spray it with gunfire, forcing the Jihadists to take cover and allowing the squad to move out into the street,” reported armytimes.com.

Bellavia then began clearing rooms, taking out insurgents in a running gun battle, one after another. At one point, he follows an insurgent upstairs and throws a frag grenade into a room. He ultimately begins fighting with an insurgent hand-to-hand.

“The wounded Jihadist then bit Sergeant Bellavia on the arm and smacked him in the face with the butt of his AK-47. In the wild scuffle that followed, Sergeant Bellavia took out his knife and slit the Jihadist’s throat,” the Silver Star citation reads, as reported by armytimes.com.

“SSG Bellavia single handedly saved three squads of his Third Platoon that night, risking his own life by allowing them to break contact and reorganize. He then entered and cleared an insurgent strong point, killing four insurgents and mortally wounding another,” wrote journalist Michael Ware, who embedded with the unit during the battle for an article in Time. 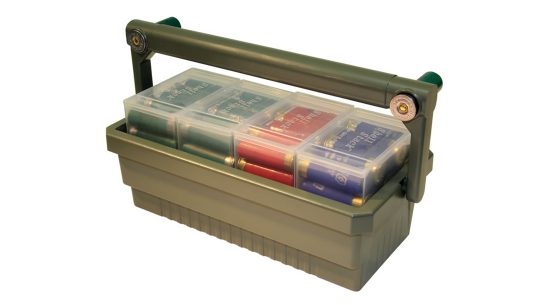 Keep 100 shotshells secure and at the ready, and store other small valuables such...