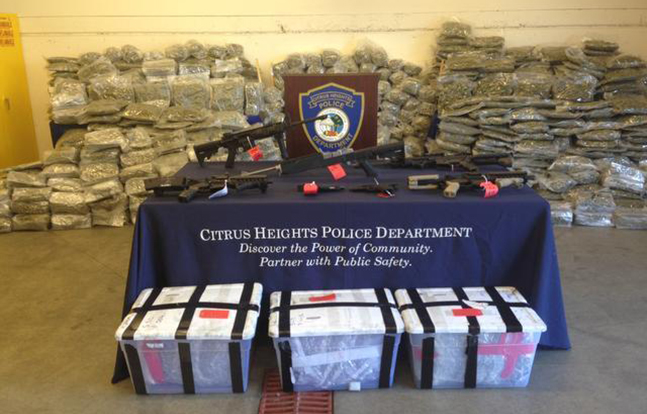 A investigation by the Citrus Heights Police Department in California has led to the arrest of two individuals and the seizure of more than 800 pounds of marijuana with an estimated street value of $2.5 million.

Jeremy Zahn, 31, of Citrus Heights, and Lindsey Loya, 23, of La Verne, were arrested in connection with what police told the Sacramento Bee is a “sophisticated criminal enterprise.”

Zahn was pulled over on a traffic stop on March 17 and was on Post-Release Community Supervision at the time. The Sacramento Bee reported that the stop resulted in drug trafficking evidence being found, which led to further surveillance of Zahn.

The aforementioned surveillance prompted a second traffic stop on April 9, which, according to News 10 ABC, yielded “48 pounds of marijuana packaged for sale.”

Police said they then secured a search warrant for a residence Zahn was associated with. News 10 ABC reported it was at that resident where police located approximately 810 pounds of marijuana, “with much of it found behind a false wall. Two large safes in the garage held cash, weapons, ammunition and additional marijuana.”

In total, police say they uncovered 858 pounds of pot with an estimated street value of $2.5 million; seven firearms, two of which were illegal and one of which had been stolen from a federal Bureau of Prisons employee; and almost $465,000 in cash.

Zahn was arrested for transportation of marijuana, possession of marijuana for sales, and violation of his PRCS condition, and booked at the Sacramento County Jail, according to police. 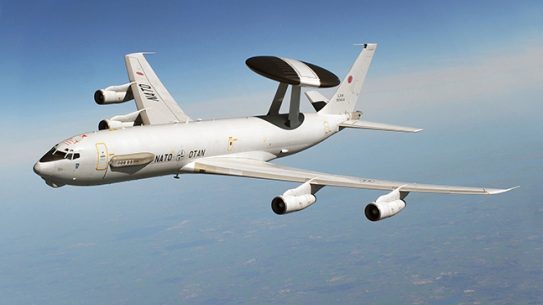 Enhancements to missile-defense capabilities being discussed for NATO's next surveillance-aircraft fleet.