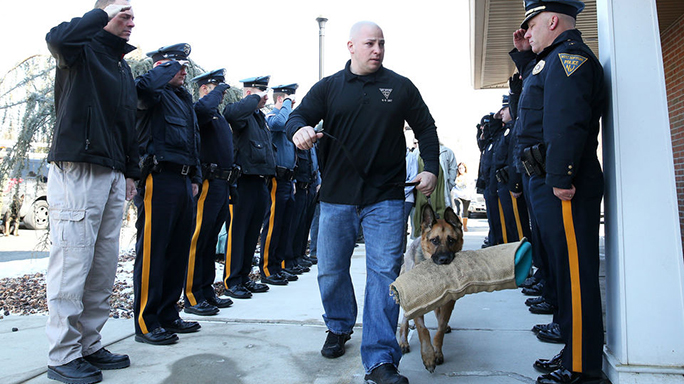 The New Jersey-based West Deptford Police Department (WDPD), along with officers and K-9 units from numerous other departments in the area, paid their respects to retired K-9 Judge this week after the dog was put down for medical reasons.

K-9 Judge began with WDPD back in 2007 and served the residents of West Deptford for more than seven years, notching a number of major accomplishments, according to the WDPD.

K-9 Judge was deployed more than 280 times in situations involving areas such as drug detection, tracking, and apprehension of suspects. Because of K-9 Judge’s fearless service, 152 suspects were arrested for criminal offenses, three motor vehicles were seized, three handguns were taken off of the streets, countless amounts of drugs were seized, and more than $47,000 is currency were taken from people involved in illegal activity. This doesn’t even take into account the amount of positive interactions K-9 Judge had with our children and members of our community during demonstrations and events.

“Our thoughts are with his dedicated handler, Cpl. Mike Franks, and all those who loved Judge and had the pleasure of working with him,” the WDPD said on its Facebook page. “He was a true asset to our department and will be forever missed. RIP Judge, gone but never forgotten!” 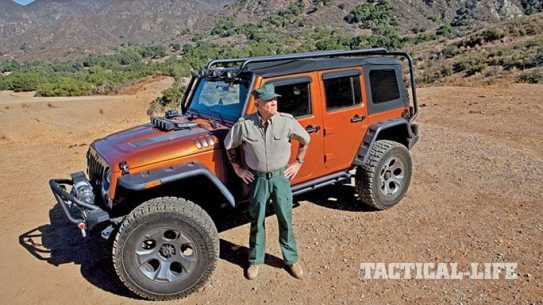 The Gunny: A Man and His Jeep

Take a ride through history with The Gunny on the old, but reliable as...