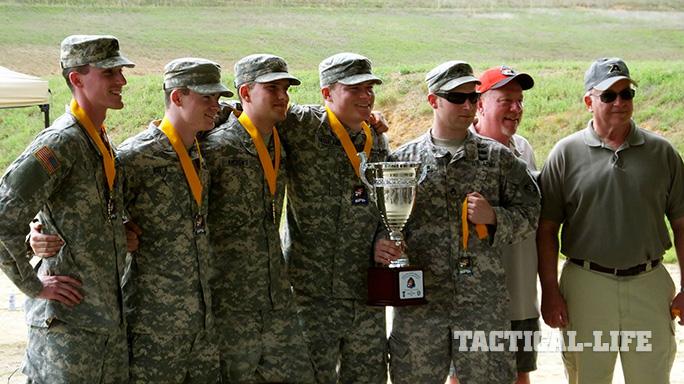 The following is a release from Sherry Kerr and the Scholastic Shooting Sports Foundation (SSF):

The Scholastic Pistol Program (SPP) held its 2015 Collegiate National Championships on March 21, with nearly 20 squads from nine schools vying for titles in both the Varsity (centerfire) and Junior Varsity (rimfire) divisions.

The Cadets from West Point took first place honors in the Varsity Division, outshooting powerhouse Texas A&M Corps of Cadets by a score of 188.04 to 190.11. The 2.07 winning margin is one of the closest finishes in SPP history and sent the coveted Daniel C. Hodne Trophy to a new home on the Hudson River.

In the Junior Varsity Division, West Point took its second title of the day over a strong runner-up Michigan State Green Squad, with Texas A&M Maroon Squad coming in third.

“The United States Army Marksmanship Unit Action Shooting Team looks forward to the chance to interact with students and host the Scholastic Pistol Program’s College Nationals every year,” said SFC Michael J. Buss, Action Shooting Team Chief, USAMU. “Our world-class facilities get our team ready for matches around the country, as well as sharpen soldiers’ marksmanship skills through training. These young shooters are the future of the sport and only add to the excellence demonstrated every day by soldiers on Fort Benning.”

“The USAMU has been a great partner in helping grow SPP as well as the future of our sport,” said Scott Moore, SPP National Director. “They have been gracious enough to support SPP on several projects. Krilling Range has become a second home for us!”

You can see full results from the SPP Collegiate National Championships, including West Point’s times, on the Match Results page. 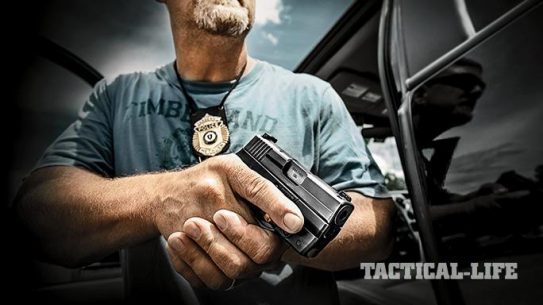 Pro tips for selecting and carrying your lifesaving second line of defense!