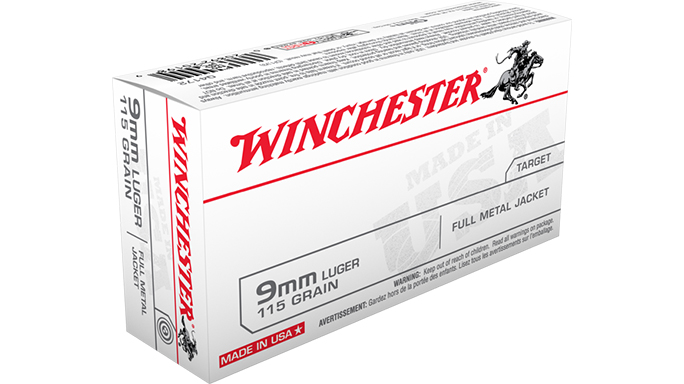 Sig Sauer is still flying high from the announcement that a variant of the P320 was selected as the winner of the Army’s Modular Handgun System (MHS) competition to replace the Beretta M9. Guess what? Winchester is coming along for the ride, too.

The $580 million contract won by Sig includes not only the pistols, but also accessories and ammunition. To that end, the East Alton, Illinois-based company has officially been awarded as the ammunition supplier for the MHS program. They’ll provide Full Metal Jacket and Special Purpose ammo.

“This is a significant opportunity for Winchester to continue its steadfast support of the U.S. military, just as we have for decades,” Brett Flaugher, President of Winchester Ammunition, said in a press release. “We are honored to work with Sig Sauer as part of the MHS contract.”

Winchester teamed with Sig Sauer in supplying ammunition for the MHS testing, which began in August of 2015.

“Partnering with Winchester to provide the U.S. Military with the Modular Handgun System is a point of pride for each and every employee of Sig Sauer,” said Ron Cohen, President and CEO of Sig Sauer. “Winchester has a long history of supporting our service members, and we are honored to collaborate with them on this project.”

The Beretta M9 has been the Army’s official sidearm since the mid-1980s, but that’s all about to change. The P320, which came out in 2014, is a polymer, striker-fired offering billed as the first modular pistol with interchangeable grip modules that can be adjusted in frame size and caliber by the operator.

The Army’s P320s — which will be called the M17 when fielded — will be configurable to receive silencers and will also include both standard and extended capacity mags. 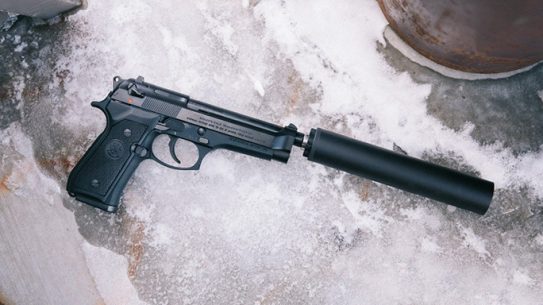 SilencerCo has expanded its popular line of threaded barrels for suppressed pistols to include...