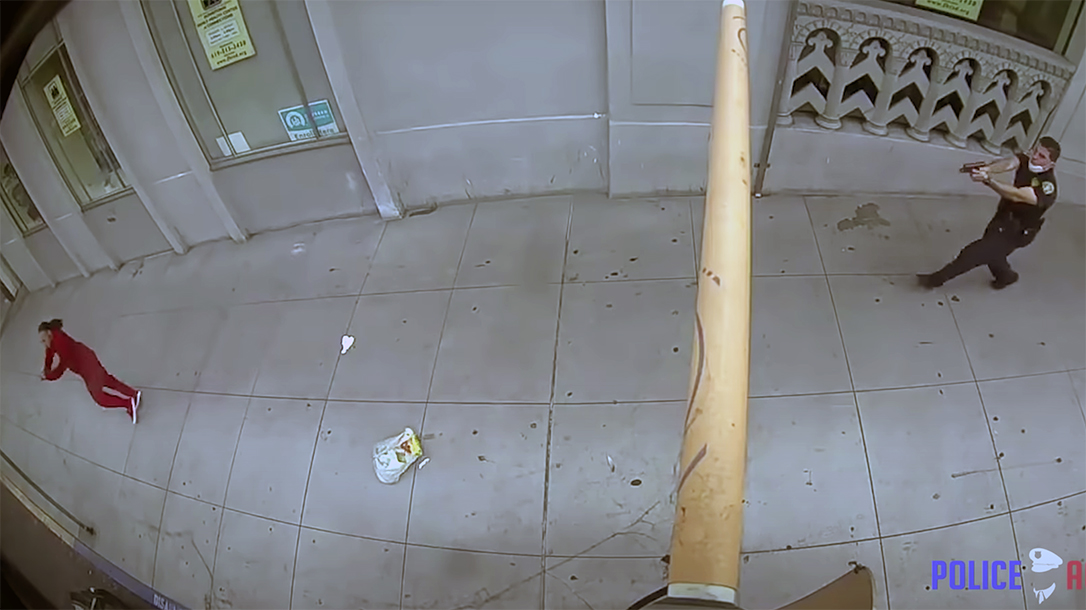 Did we see what we think we saw? Check it out, at around the 1:50 mark. We’re pretty sure some guy tosses out a road beer after watching two San Diego Police officers shoot and kill an armed suspect. Talk about wrong place, wrong time. 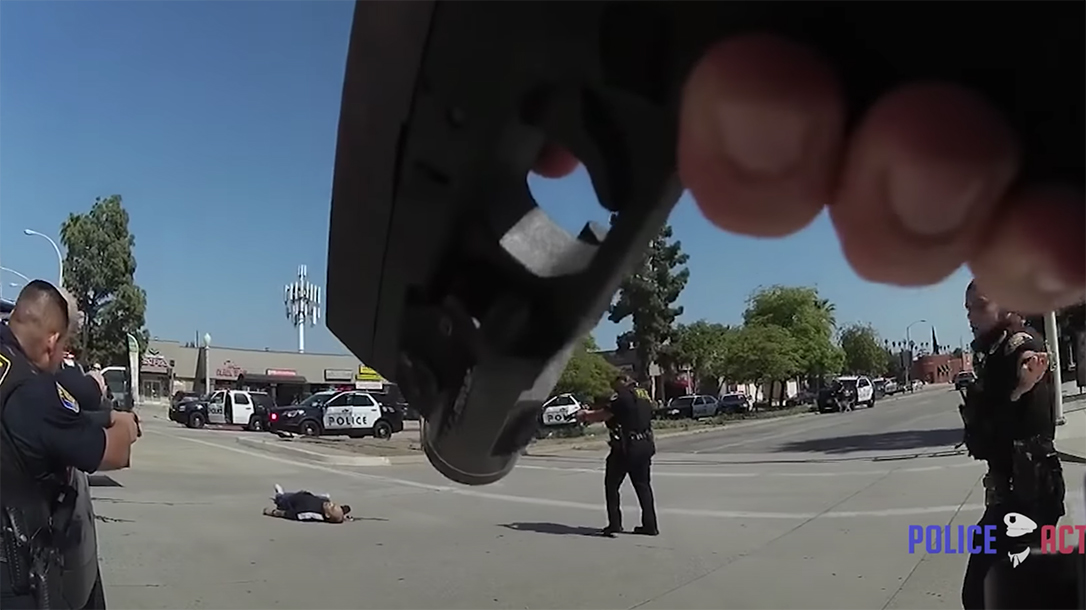 Officer body cam and closed circuit security footage shows Ibarra turn away, then drop a bag of items as officers approach. He then produces a revolver from a bandana in his waistband, according to timesofsandiego.com. Footage shows the suspect digging into his waistband as he begins to run; that’s when officers open fire.

Unfortunately, Ibarra died from his injuries on Tuesday, according to police. Predictably, protestors gathered near the site of the shooting, demanding justice for the presumed victim of police injustice. Protestors marched from the shooting site to police headquarters, where the demonstration continued, according to timesofsandiego.com. However, in this case, video evidence clearly shows the suspect draw a gun on officers doing their job.

And then there’s the guy in the truck. In the middle of the day, our hero is presumably just chilling. He’s having that last road beer before going home, or back to work, whatever. Then cops suddenly flank each side of his truck. We’re guessing he wanted no part of those cops after witnessing them open fire on the suspect. Can we absolutely confirm it was a beer? No. But common sense tells us it was. He opens his door, pours out a liquid, and then tosses the can into the back of his truck. We can only assume he was the world’s most reliable witness after that.

Don't let the humble facade fool you, PVK Vegas just might be the world's...