A local woman was the victim of an attempted robbery on Friday night after a man with a gun tried to break into the car she was driving, according to the South Daytona Police Department.

Police said they have obtained an arrest warrant for the suspect involved in the incident, 25-year-old Raymond Shepard.
Carol Costello, 69, had thousands of dollars in cash on her after unsuccessfully trying to get money orders at a Walmart in South Daytona, according to police.

Police said that Shepard and another man followed Costello’s car to Pineapple Street in South Daytona where they boxed her in and Shepard jumped out of the 2006 black Chevy Impala brandishing a silver semi-automatic handgun.

According to police, that’s when Shepard began banging on Costello’s car windows.

After a few unsuccessful attempts to break the driver’s side window with the .380 caliber Cobra handgun, Shepard jumped on the hood of Costello’s car and used the butt of his gun to break the windshield, according to police.

Shepard created a large hole in the windshield and accidentally dropped the gun onto Costello’s lap, according to the report.
Police said Costello pointed the gun at the suspect as he ran back to the black Chevy that dropped him off. She tried to drive away but ran into the suspect’s getaway car where she was able to take down the license plate number before the car fled the scene, according to police.

Officials said there were no reported injuries and no shots fired; they also said that the handgun Shepard used was stolen.

South Daytona Police are still looking for Shepard and the driver of the four-door black Chevy Impala with the Florida tag number 280LMH, according to the police report. 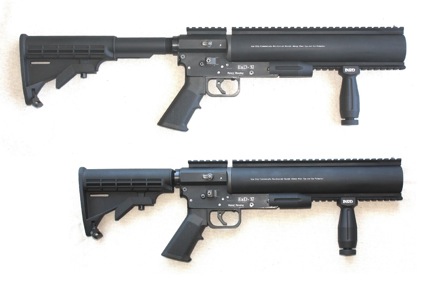