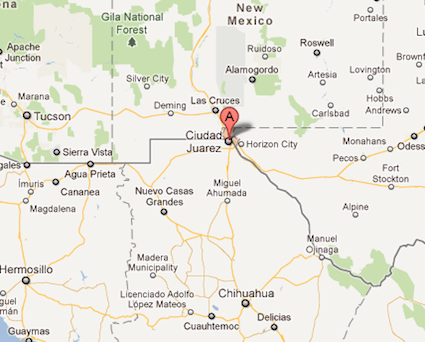 A woman shopping on a busy downtown El Paso street became the first victim of bullets flying across the border from Ciudad Juarez, Mexico, on Tuesday when she was hit in the calf and wounded, authorities said.

The 48-year-old woman, whose name has not been released, was pushing a stroller when she was struck. Gregg Allen, El Paso’s chief of police, said the wound was caused by a “full metal jacket hard-nosed bullet” like those used in assault rifles.

She was struck at the same time Juarez police were battling alleged carjackers a few hundred feet from the U.S. border. Allen said reports indicate up to 50 shots were fired in that gunfight.