Three African refugees were arrested after what police described as a fake bomb was found in one of their carry-on bags during security screening at Phoenix Sky Harbor International Airport, police said Tuesday.

Phoenix police didn’t yet know what the motive was behind the Friday incident and weren’t ruling out the possibility of a terrorism connection, Phoenix police Sgt. Steve Martos told The Associated Press on Tuesday.

“We’re taking it seriously, not just because of the substance they were trying to take on board a plane, but also the 10-year anniversary of 9/11 and the proximity of that date to now,” Martos said. 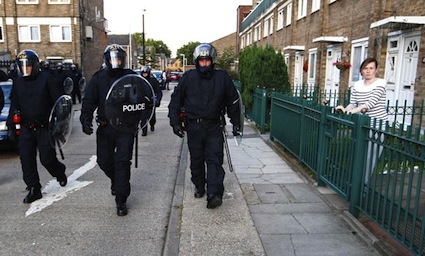