A new World War II memorial has been erected at Wesley Bolin Plaza in Phoenix, Arizona, near the Arizona State Capitol building. The memorial, “Guns to Salute the Fallen,” depicts two gun barrels salvaged from the U.S.S. Arizona and U.S.S. Missouri.

Ken Bennett, Secretary of State of Arizona, formally dedicated the memorial on Saturday, the 72nd anniversary of the attack on Pearl Harbor in Oahu, Hawaii, after learning that the government planned on scrapping the gun barrels.

Nearly 2,000 Arizonans were killed in the war, the names of whom are engraved on plates that flicker in sunlight and wind, to produce the effect of ocean waves. 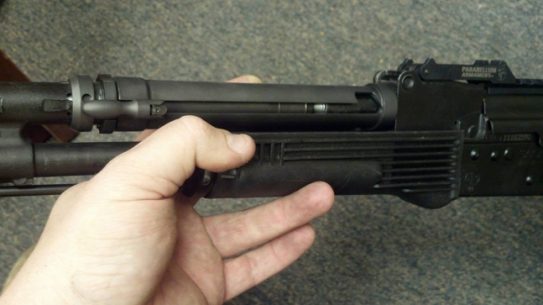