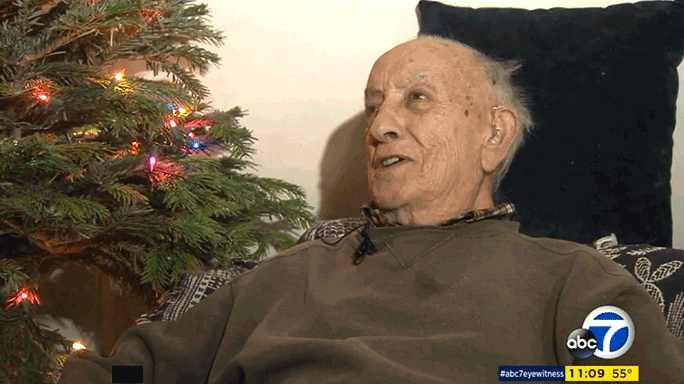 Neighbors hadn’t seen Herman Perry, a 94-year-old World War II veteran, in almost a week, so they got concerned and called the Los Angeles Police Department

When Officers Abel Torres and Natali Nunez entered Perry’s house, they found him wide awake in his bedroom watching TV. Perry didn’t have his hearing aids in, so he hadn’t heard neighbors knocking on the door earlier in the week.

After speaking with Perry, Torres and Nunez learned that his family was on the East Coast and he didn’t have anyone to celebrate Christmas with, so they took matters into their own hands, according to ABC 7.

The officers went to a tree lot down the street after hours and the owner of the lot gave them a free tree and a set of lights. … Perry also received presents to go under the tree including new clothes and crossword puzzles.

“We figured you know maybe he needed some cheering up or some Christmas spirit and just show him that we care,” Torres told ABC 7.

“Some of the freedoms with have today I owe to people like that, people that served our country. So it’s just a small way to give back,” Nunez told ABC 7.

Watch the video of the LAPD’s Christmas visit to Herman Perry on ABC7.com. 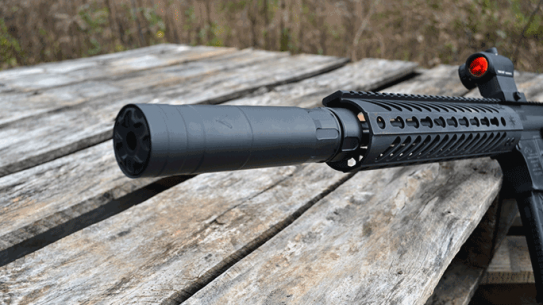 The all new Razor 762 from Rugged Suppressors is just 6.4 inches long and...