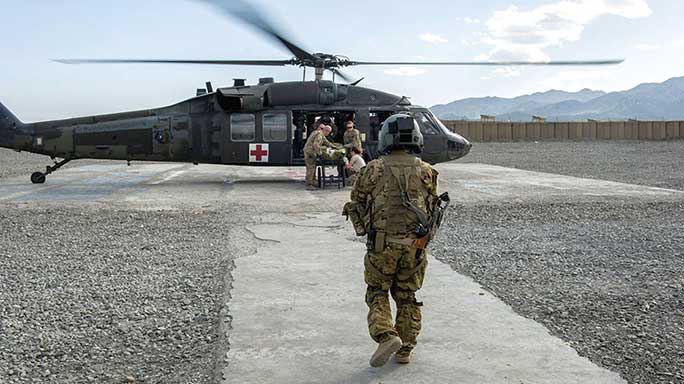 About 92 percent of wounded Soldiers in Iraq and Afghanistan have made it home alive, according to Lt. Gen. Nadja Y. West.

That’s the highest percentage in the history of warfare, despite the rising severity of battle injuries from increasingly lethal weapons, said West, Surgeon general of the Army and commander of Army Medical Command. She spoke here on Thursday, Aug. 18, to the Defense Writers Group.

The survival rate in Vietnam was around 75 percent, she told her audience.

There are a number of reasons for improved survival rates, West said.

Soldiers, not just medics, are receiving much better training in lifesaving techniques, and Army medicine has continued to advance, she said. Another reason is that casualties are transported swiftly back to hospitals and receive excellent care en route.

Other contributing factors are less obvious, she said, like improved communication from the point of injury.

For example, a video teleconference line has been established between forces deployed in Afghanistan and Iraq back to Landstuhl Regional Medical Center, Germany, which is usually the first stop for casualties, she pointed out.

During a recent video teleconference, West recalled, physicians in the U.S. were able to see that a Soldier’s head wound was causing inter-cranial pressure and advise medical staff to address while still in theater.

While battlefield survival rates continue to improve, Soldiers in future conflicts may not be so fortunate, West said.

In the conflicts in Iraq and Afghanistan, the U.S. forces had the luxury of air superiority and could evacuate casualties almost at will, she said.

A Soldier with a head wound in Afghanistan could arrive from the point of injury to Bethesda Naval Medical Center where the medical specialist was standing by within 24 hours of being wounded, she said.

But in a conflict with a near-peer enemy U.S. forces cannot count on that level of air superiority, West said. So Army medicine is looking for alternative ways of treatment.

For one, the Army will be asking a lot more of its medics in the future. That could mean teaching them sophisticated techniques and procedures that they currently don’t perform. First responders, those non-medics in the fight, will also be asked to do more, she said.

In the near future, a Soldier could be fitted with medical sensors that collect and relay medical data to an intensive care specialist, or a vascular surgeon in the U.S. could instruct a medical provider in theater to do a relatively complex procedure on a blood vessel.

“It won’t make that person a trauma surgeon,” West said. “But that reach-back could help when needed.”

The above is a release from David Vergun and the U.S. Army 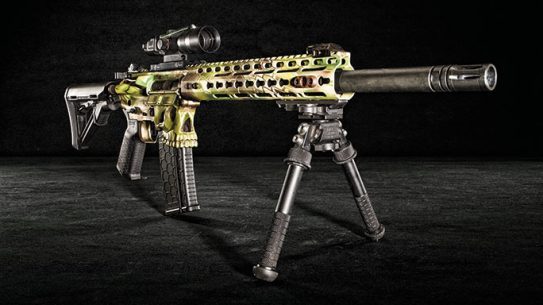