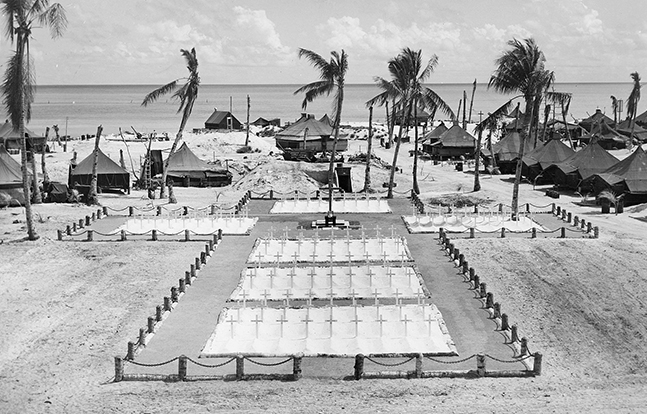 A cemetery for the men of Second Marine Division on Betio Island in Tarawa Atoll (CREDIT: http://disc.yourwebapps.com/discussion.cgi?disc=149620;article=16298;title=TarawaTalk)
Comment(s)

A U.S. serviceman’s remains will be returned to his family after having gone missing more than seven decades earlier.

The Department of Defense POW/Missing Personnel Office (DPMO) announced Monday that the remains, which were lost during World War II, have been identified and are being returned to the Marine’s family for burial with full military honors.

In November 1943, Allen was assigned to the 2nd Marine Division, which landed on the small island of Betio in the Tarawa Atoll, in an attempt to secure the island against stiff Japanese resistance. Over several days of intense fighting approximately 1,000 Marines were killed and more than 2,000 were wounded. As a result of these attacks, Allen was reported killed in action on Nov. 20, 1943.

In the immediate aftermath of the fighting on Tarawa, U.S. service members who died were buried in a number of battlefield cemeteries. During World War II, U.S. Navy Combat Engineers, “SeaBees,” significantly restructured the landscape to convert the island for use by the military. In 1946 when U.S. Army Graves Registration Service personnel attempted to locate all of the battlefield interments, many of the burials could not be located.

From Nov. 12-27, 2013, a private organization, known as History Flight, excavated what was believed to be a war time fighting position on the island of Betio. During this excavation History Flight recovered five sets of remains, personal effects and military equipment. Four sets of remains were determined to be Japanese service members and the fifth set was believed to be that of a U.S. Marine. Two sets of military identification tags which correlated to Allen were also found in the fighting position.

In the identification of Allen’s remains, the Joint POW/MIA Accounting Command (JPAC) used circumstantial evidence and forensic identification tools such as dental and skeletal comparison, which matched Allen’s records.

Of the 16 million Americans who served in World War II, more than 400,000 died during the war.

For additional information on the Defense Department’s mission to account for Americans, who went missing while serving our country, visit the DPMO website or call 703-699-1169. 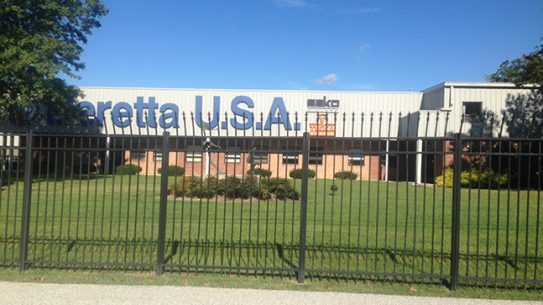 Maryland's passage of the Firearm Safety Act of 2013 prompts Beretta to move manufacturing...