Maj. Joseph Giesel was laid to rest at the Roseburg National Cemetery in Oregon on July 21.
Comment(s)

The officer who trained the country’s first black Marines during World War II was laid to rest last week.

Maj. Joseph Giesel was laid to rest at the Roseburg National Cemetery in Oregon on July 21, according to the Marine Corps Times.

Giesel, 94, of Dorena, died June 20 of age-related causes. Giesel was in his fourth year of service when President Franklin D. Roosevelt in 1942 directed that blacks have an opportunity to join the Marine Corps. Giesel, who was white, became an officer at the all-black boot camp at Montford Point in North Carolina. He later received a Congressional Gold Medal for his involvement at Montford Point.

“He always thought he was equal to everybody and said, ‘I’m just a man, and I treat everyone else equally,’” eldest son Gerald Giesel told the Marine Corps Times. 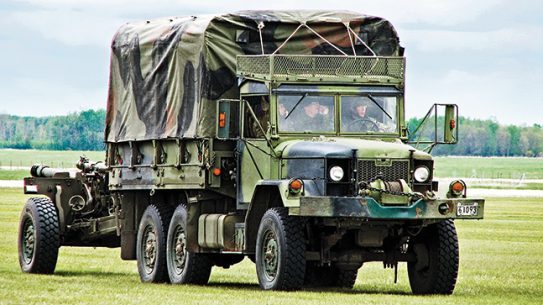 ‘Deuce and a Half’: Multi-Mission M35 Trucks