The state of Wyoming has resumed collecting sales taxes at gun shows after temporarily suspending the collections when one of its field representatives got into a verbal confrontation with vendors.

Several people who participated in a gun show at Pine Bluffs in April said a dispute occurred there when a state tax official was rude to vendors.

The agency released a statement Tuesday through the governor’s office saying it reviewed the incident and is instructing its field representatives to maintain “positive interactions with vendors.”

The department did not release the name of the tax official.

Dan Noble, director of the state Revenue Department’s excise tax division, declined Tuesday to blame anyone but said his employees would be as “nonintrusive as we can possibly be and still collect the tax that’s due.”

The agency will provide gun show vendors packets with instructions on how to comply with state sales tax laws, and agency field representatives will be available to answer questions.

Duncan Philp, of Carpenter, said he was among those involved in the Pine Bluffs encounter.

Philp said he was selling or giving away T-shirts to promote a group called the Wyoming Tyranny Response Team, which he described as a leaderless “street protest organization” that protests against government erosion of people’s rights.

Philp and others at the show say the tax official had a “bad attitude” in confronting vendors about collecting sales taxes. 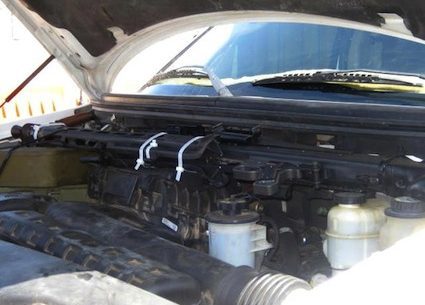