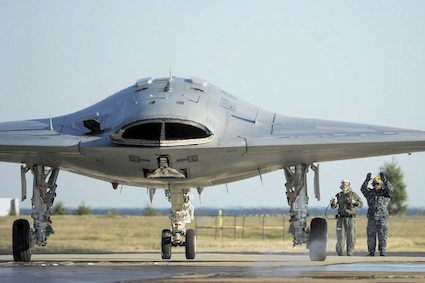 In early November, Northrop Grumman and U.S. Navy successfully completed shore-based trials of a new wireless, handheld device that will allow deck operators to maneuver the X-47B unmanned aircraft by remote control on the carrier deck. The tests were conducted at Naval Air Station Patuxent River, Md. The operation of the new control device will be validated in an actual carrier environment later this year.

Northrop Grumman Corporation and the U.S. Navy have taken a first critical step toward demonstrating that the X-47B Unmanned Combat Air System (UCAS) demonstrator can be maneuvered safely and wirelessly on the crowded deck of an aircraft carrier.

In early November, the team successfully completed its first shore-based trials of a new wireless, handheld device called a Control Display Unit (CDU). Developed by Northrop Grumman, the device will allow deck operators to maneuver the X-47B by remote control on the carrier deck.

The team demonstrated the CDU’s ability to control the X-47B’s engine thrust; to roll the aircraft forward, brake and stop; to use its nose wheel steering to execute tight, precision turns; and to maneuver the aircraft efficiently into a catapult or out of the landing area following a mock carrier landing.

“The CDU is fundamental to integrating the X-47B seamlessly into carrier deck operations,” said Daryl Martis, Northrop Grumman’s UCAS-D test director. “It will allow us to move the aircraft quickly and precisely into the catapult for launch, or out of the landing area following recovery. Both of these activities are essential to maintaining the rhythm of the flight deck.”

In practice, a deck operator will work in tandem with the flight deck director – aka a “yellow shirt” – to move the X-47B via the CDU to a designated flight deck location. Standing in front of the aircraft, the director will use traditional hand signals to indicate how, when and where the aircraft should move, the same way he would communicate with a pilot in a manned aircraft. The deck operator will stand behind the director and use the CDU to duplicate the director’s instructions as digital commands to the aircraft.

According to Martis, the CDU will help streamline and, in fact, enable many of the flight test operations required for UCAS-D shore-based carrier suitability testing.

“Instead of towing the aircraft out to the flight line, we can now start the X-47B outside its hangar, then use the CDU to taxi it out to the runway, or into a catapult for launch,” he said. “Use of the CDU is the most time-efficient way to move the X-47B into the catapult or disengage it from the arresting gear after landing.”

The UCAS-D program plans to conduct its first shore-based catapults of X-47B aircraft later this month. That testing will be followed by hoisting an X-47B aboard an aircraft carrier, and using it to validate the performance of the CDU in an actual carrier environment. 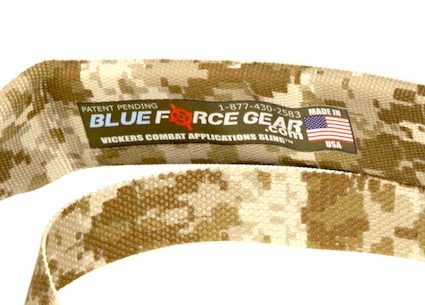