“Two may have survived and escaped,” he added.

“The group included Qassem al-Remi, Ayed al-Shabwani, Ammar al-Waeli, and Saleh al-Teys,” said the official, adding that the four are wanted by Yemeni and U.S. security.

The source confirmed Qassem al-Reni was killed: “He is the al Qaeda military leader and senior planner of most operations

The source said another al Qaeda militant, Ayed al-Shabwani, was killed in the same air strike.

Yemen had already intensified operations against al Qaeda since a Yemen-based wing of the group said it was behind a failed December 25 attempt to blow up a Detroit-bound U.S. airliner.

Yemen declared open war on al Qaeda on Thursday and warned its citizens against aiding the global militant group.

The impoverished Arab country has come under pressure to act against al Qaeda since attacks on its two main allies, Saudi Arabia and the United States, by militants coming from Yemeni soil.

Saudi Arabia fears that instability in its populous neighbor will allow al Qaeda militants to use safe havens there for attacks on the world’s biggest oil exporter. (Reporting by Mohamed Sudam; Editing by Jon Boyle) 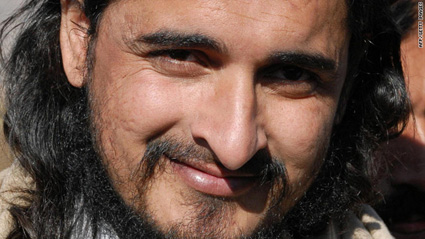