by Caleb Giddings
in Accessories, Products
0

Every year, the week before SHOT Show, Magpul uses that week to announce all of their new products. As usual they’ve had a ton, but the one that caught my eye was the new Hunter American Stock for the Ruger American Ranch with a STANAG magazine well. 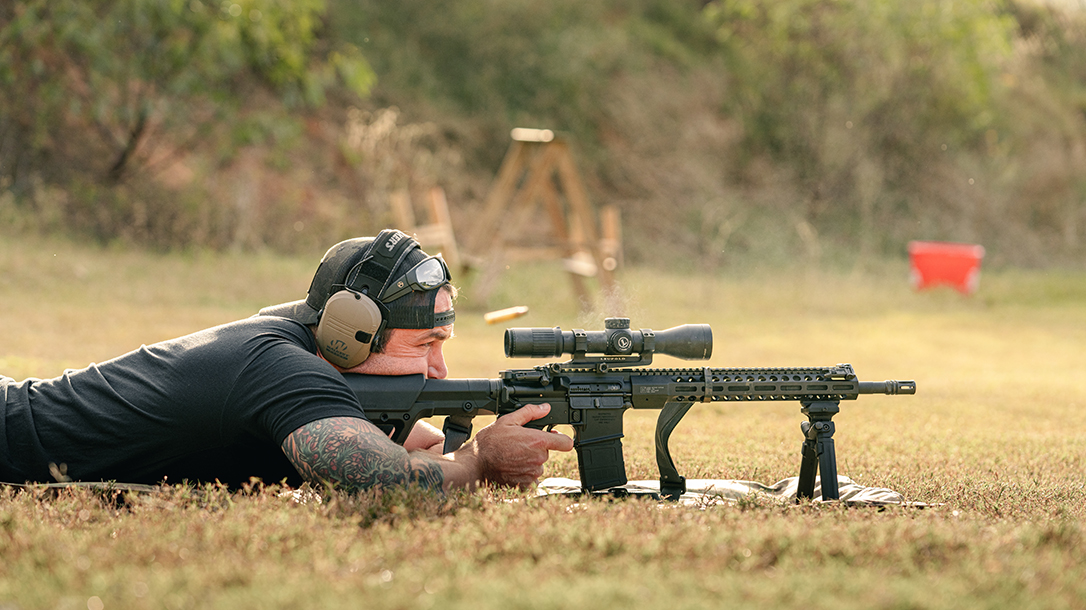 A Short History of the Hunter American Stock

An Upgrade to the Factory Stock

The reason this stock caught my eye is I have a Ruger American Ranch in .223 Remington. It’s light, it’s accurate, it’s great to shoot, but the stock does leave a little bit to desired. It’s not a perfect fit. Sure, at the price point of the rifle you’re not expecting much, but a little modularity is nice, right? That’s why the Hunter American Stock is so appealing. According to Magpul it’s a plug-and-play solution, so you can just remove your rifle and action from the factory stop and drop it right in. Re-confirm your zero, and it’s time to go shoot. Additionally, it’s not a heavy stock, coming in at just 3.3 pounds. It shouldn’t ruin one of the best characteristics of the Ruger American Ranch, which is its easy handling.

Pair it With the new MOE Bipod

If you wanted a complete tactical bolt action rifle solution, you could also pair the new Hunter American Stock for Ruger American Ranch rifles with the equally new MOE Bipod. The new bipod only weighs 8 ounces, so adding it to the rifle doesn’t even increase the weight over 4 pounds for the stock/bipod combination.