In what was an absolutely monster weekend for the shooting sports, we kicked things off with the Texas 3-Gun Championship. There was also an IDPA major match, and additionally USPSA shooters competed across the country in five different matches. Plus, for the first time we’re featuring results from the IWI Gas Gun Challenge! 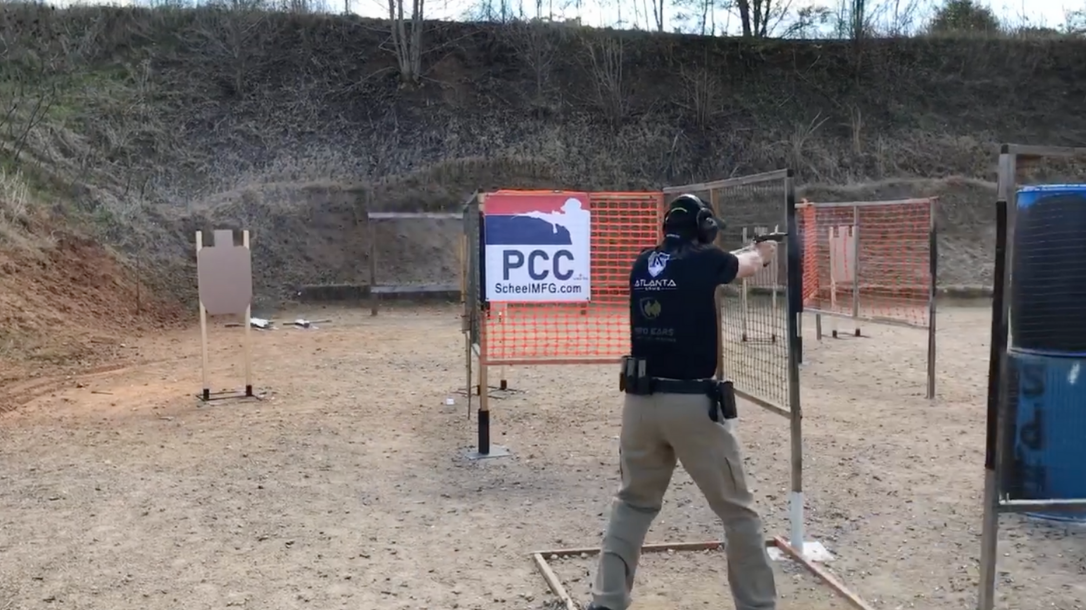 Alright, we’ll get this one knocked out first. Magpul returned again as the key sponsor of this well attended three gun match. Just under 250 shooters attended the match, which offered several competitive divisions. The Texas 3-Gun Championship also specifically has a Ladies Tactical division, so that the women competitors can compete heads up instead of being scattered across several divisions.

The overall winner is Joel Turner, who also wins Open Division. On his heels for 2nd overall and the winner of the 2×4 Open division we have Josh Froelich. 2×4 Open is a division that allows shooters to optionally select which two guns they’re going to use on a stage. They have to pick from rifle, pistol, Pistol Caliber Carbine, and of course shotgun. Nate Staskiewicz takes the win in Tactical division, and Konnor Fryburger wins Limited and all the Best Name Award for the weekend. Lastly, Becky Yackley put together a fairly dominant performance to win the Ladies’ Tactical division.

Moving on from the Texas 3-Gun Challenge, for the first time we’re covering a precision shooting event. This is the IWI Gas Gun Challenge Pro Am. Gas gun matches are precision shooting events for rifleman that specifically allows bolt-action guns in just one division. They’re focused on, well on guns that use gas to power the operating system. The IWI match has four divisions: DMR Heavy, DMR Lite, RECCE, and Sniper. DMR Heavy is for .308 semi-autos such as the AR-10 platform and no restrictions on optics. The same is true for DRM Lite but 5.56 NATO chambered rifles. Lastly there’s the RECCE Division: Restricted Tactical with 223/5.56 caliber, up to 10x optics, up to 18″ barrel, at most 1 unattached bag and no bipod.

While between the Texas 3-Gun Championship and USPSA, Texas may have had a ton of shooters, they weren’t the onlystate holding majors. Moving East from Texas, there’s the Area 8 Sectional Championship, featuring 271 shooters. Here, the winners break down like this:

I​n California, where yes people are allowed to have guns, we had the Golden Bullet Championship. Carry Optics winner is Isaac Lockwood, Limited’s winner is Rolly Tecson, Nino Nunez II wins Open, and lastly for hi-cap divisions Scott Greene wins PCC and the overall. In the low-cap divisions, there was a decent Limited-10 turnout, won by Ross Thompson. Then Roman Vrublevskiy wins Production, Rich Wolfe smashes everyone in the Revolver division and makes them feel bad, and lastly Randy Scheffler wins Single Stack. High Lady is Janet Tsui, shooting Open.

The final USPSA match of the weekend is the Northern Illinois Sectional Championship. While not as well attended as the Texas 3-Gun Championship, 163 shooters did show up for the IL Section match.

Our lonely IDPA Match was the 2022 Sand Gnat Challenge. 125 shooters turned up in Georgia to shoot 11 stages. Jung Cho wins the Back Up Gun division, which is always fun to see at major matches. In Compact Carry Pistol the winner is Daniel Humphreys, edging 2nd place by less than a second. Abiel Leal wins Custom Defensive Pistol handily, and Luigi Li wins Carry Optics and also the overall fastest. Enhanced Service Pistol’s winner is Jeff Fletcher, and Asa Durhma wins Revolver by a commanding 20 seconds. Finally, Jay Whittacker takes the win in Stock Service Pistol, and Jeannette Rauscher is the Ladies winner.

T​hat wraps up an extremely busy weekend of major match coverage! As always, to have your match included in these scores, send me an email to the match at cgiddings@athlonoutdoors.com or slide into my DMs on Instagram.