Blackhawk will sponsor tactical athlete Zach Rodman during this year’s Tactical Games. Rodman’s first competition of the nine-match season was at the Tactical Games Meridian, held February 19-20 in Meridian, Mississippi. 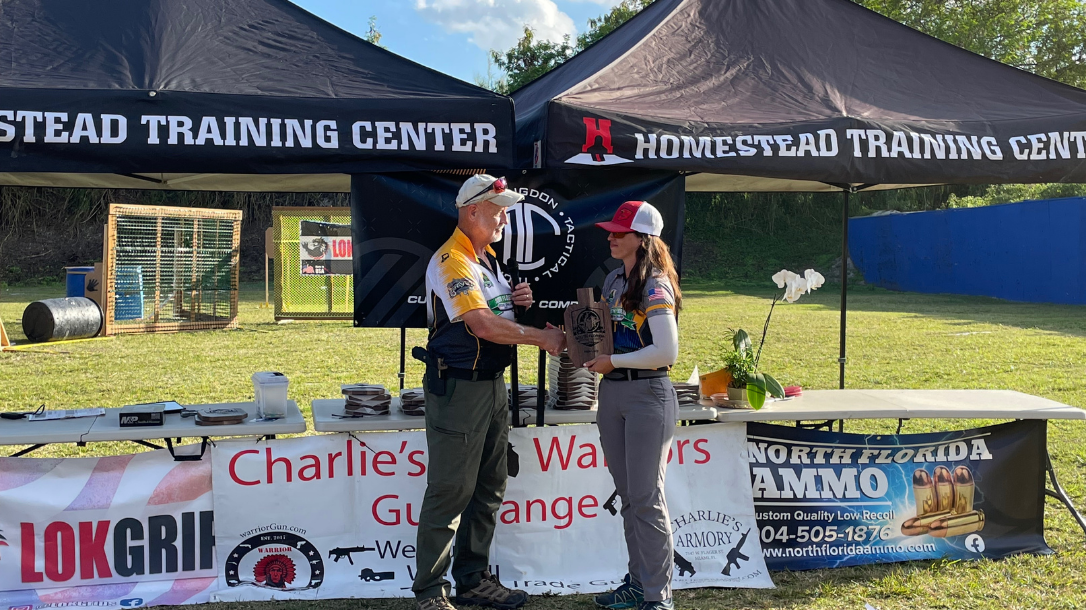 Outside of competition, Rodman has been a police officer for 15 years in Kokomo, Indiana. Rodman holds the rank of lieutenant and has been a member of the Kokomo SWAT Team for 12 years. He also has been a UC drug task force member for seven years. A family man, Rodman also coaches his son’s baseball team and is involved in the Kokomo community.

“The Tactical Games provide an arena where competitors can test their decision making, training, equipment and mental approach. The community surrounding the Tactical Games is second to none. Everyone learns from everyone. It’s not often that you find a sport in which a competitor lends advice to another competitor. I believe these athletes help each other because they understand that elevating those around them is one of the most important things in life. Many competitors are servants in their everyday professions, so it’s really no surprise.”

Throughout the season, Rodman will be running Blackhawk T-Series holsters and new Foundation Series Tac Nylon gear, including plater carrier, belt and pouches. Blackhawk’s T-Series holsters with leg straps maintain proper holster position and security as competitors navigate unconventional obstacles. “Our team is outfitted with the same T-Series holster, so it’s important to me to maintain a consistent draw between competition and work,” said Rodman. “The T-Series leg strap adapter lets my leg move naturally but still secures the mid-ride holster to my leg when I run.”

Foundation Series Tac Nylon gear gives competitors light weight gear without sacrificing durability or modularity. This is critical to maintaining speed and endurance while wearing heavy plater carriers. “On the carrier, the shoulders straps are flat in the chest area, which helps prevent the sling from snagging and allows for good placement of the stock while shooting,” said Rodman. “It’s a minimalist design that allows you to build it for the task at hand.”

Attendees at the upcoming Tactical Games Meridian will be able visit the Blackhawk booth to check out T-Series holsters. Other gear on display includes Foundation Series Tac Nylon gear. Based on podium position, winners in each category will have the opportunity to win a Foundation Series gun belt, IFAK pouch and dump pouch, or a Blackhawk holster.

“I have used everything from Blackhawk – from gloves, to holsters, to bags – for years as a police officer,” Rodman said. “I finally tore the pair of SOLAG hard knuckle gloves I was issued ten years prior. That same dependability has been consistent across the board with Blackhawk gear.”

USPSA Divisions: How to Modernize the Sport