We talked with a ton of fascinating personalities at SHOT Show 2017 in Las Vegas, perhaps none more so than Kris Paronto.

Kris Paronto is a name that commands respect. A former Army Ranger and private security contractor, ‘Tanto’ — as he is affectionately nicknamed —  is a survivor of the September 11, 2012, Benghazi attack in Libya that tragically claimed the lives of four Americans. He later went on to co-author the book 13 Hours: The Secret Soldiers of Benghazi about that horrific incident.

Naturally, when it comes to firearms and associated gear, ‘Tanto’ knows what he’s talking about. He was gracious enough to take time out of his busy schedule during Industry Day at the Range, the day before SHOT actually kicked off, for a one-on-one conversation with our man on the ground, Guerrilla Approach founder Aaron Barruga.

The two had a wide-ranging discussion, covering everything from gear that ‘Tanto’ endorses and recommends, including the Maxim Defense CQB buttstock and the extended rail covers from Alien Armor Gear; advice for civilian shooters; the importance of sacrifice; his upcoming book; and much more.

Check out the video above for the full interview. 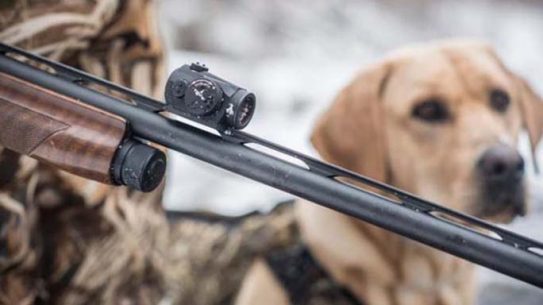