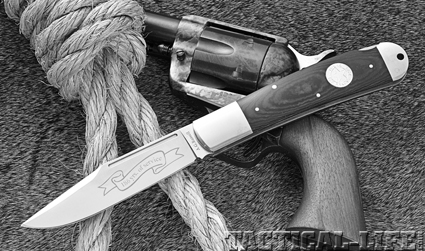 The new A.G. Russell Texas Ranger commemorative is certainly a Lone Star State-size knife suited to heavy-duty field use. Despite its size, the handle is actually very comfortable.

I’ve long had a special respect for the Texas Rangers as a law enforcement agency. Rather than serving as a conventional police force, the Rangers have often been forced to function more as a state-controlled Special Ops group. Between the battles with the various Indian tribes during the 1800s and a little known undeclared war with Mexican raiders that lasted well into the 1920s, a Ranger had to be a pretty hard man to survive. Old photos of Rangers on patrol tell you a lot about the organization. While they were strongly individual in dress, their equipment and firearms were always state of the art. When others thought the Winchester 94 in .30-30 was an adequate LEO long arm, the standard issue Ranger long arm was a Winchester 95, first in .30-40, and after 1913, in .30-06. Around a Ranger’s waist was a wide belt loaded with enough ammo to last through an extended firefight with Poncho Villa’s entire army. On more than one occasion they had to do just that. The Rangers were probably also the first law enforcement group to see the advantage of the Colt 1911 .45 auto over the ubiquitous six-shooters everyone else was carrying. If you are going into a gunfight outnumbered, you certainly don’t want to be outgunned!

Earn the Right!
One of the points I’m getting around to is I’m not the kind of guy that believes in carrying items with the insignia of a military or LEO group that I have never had a connection to. You want to wear a SEAL, Special Forces, 82nd Airborne, Marines, FBI, or New York City Fire Department T-shirt, join up and earn the right! Because of that, I wasn’t totally enthused about the “186 years of service” inscription on the blade and Texas Ranger star medallion on the handle of A.G. Russell’s latest commemorative folder. But the problem was I really liked the looks of that big folding lockback! And big is really an understatement about this knife.

The Ranger 2009 is 5.5 inches long, closed, with a 4.75-inch-long clip-point blade of Chinese 8Cr13MoV stainless steel. Its handles are black “Rucarta,” a material that seems to be something like American linen Micarta, on a stainless steel frame. Each knife comes with a leather belt pouch. Weight, 7.1 ounces, and suggested retail price, $74.95. 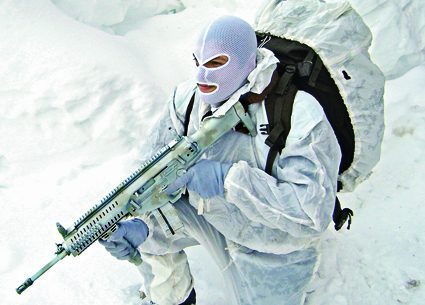