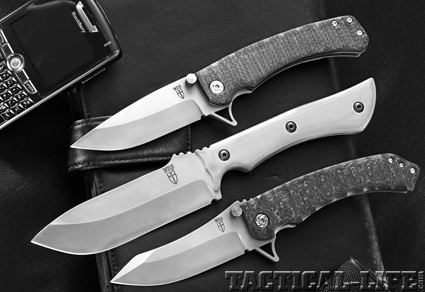 Top to bottom: Saigo, Bizen, and Azrael are all part of WDZ Custom Knives from Texas Peace Officer Will Zermeno. The Saigo and Bizen sport Japanese influence, while the Azrael represents a touch of evil!

Full-time Texas Peace Officer Will Zermeno began his law enforcement career in 1989. Currently residing in Houston, Texas, Will is certified as a master peace officer, master jailer, and firearms instructor. He has worked in various areas of law enforcement, including as a field training officer and as an armorer for Glock and Smith & Wesson. Will currently works as an accident reconstructionist for a sheriff’s office. He first entered the custom knife world when he designed and had a run of knives made by another custom maker. Beginning in 2007, Will started making them his on his own. Thus, WDZ Knives was born. Will mainly deals in the stock removal method since he makes predominantly tactical-style folding knives.

WDZ Folders
The names of the knives I received from WDZ are full of history and each has its own story behind it. The “Saigo” is named after one of the most influential samurai in Japanese history, living during the late Edo Period. One of my favorite movies is The Last Samurai where the character, Katsumoto, is vaguely based on the real-life samurai, Saigō Takamori, the leader of the Satsuma rebellion in Japan. The other folder of the two is named “Azrael,” which is more commonly known as the “Archangel of Death.” The name literally means “whom God helps.” 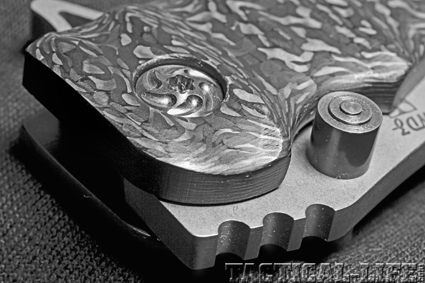 The Azrael features titanium anodized blue pivot screws, thumb studs and spacers, giving the knife a more upgraded look and feel to it over the Saigo. More commonly known as the Archangel of Death, Will named this folder the “Azrael.”

There are a few characteristics that both knives share. For example, they each sport a 3.7-inch blade made of CPM-154 stainless steel, heat-treated by Paul Bos, and are 8.75 inches in length when open. Both folders are designed around a frame-lock system made of titanium and carbon fiber. The lock side is made of 0.125-inch thick 6-4 titanium, while the non-lock side is carbon fiber on the base model and carbon fiber with a titanium liner on the others. Will uses titanium thumb studs and titanium spacers on the Saigo and the Azrael. Steel pivot screws are standard on all folders, with the option of titanium pivot screws. 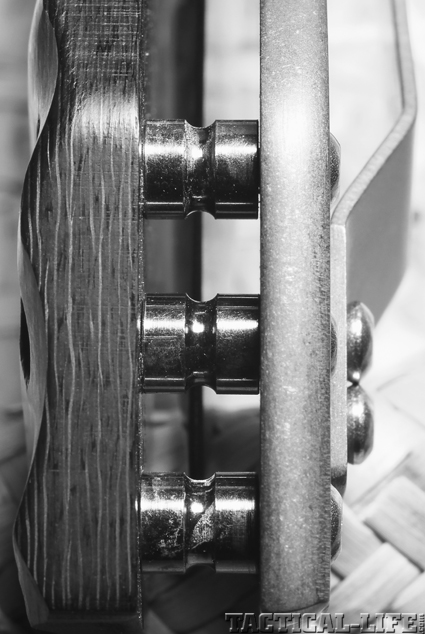 The Azrael with its anodized blue titanium spacers, which are offered as an upgrade for all of the WDZ folders. Carbon fiber scales on one side and 0.125-inch thick 6-4 titanium on the lock side. Additionally, the pocket clip is also made of titanium. 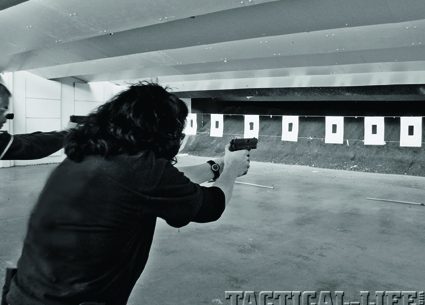 Top to bottom: Saigo, Bizen, and Azrael are all part of WDZ Custom Knives…