Rex Applegate was so legendary in the realm of close combat with the blade that it is hard to believe that his first knife design was somewhat of a flop. Most reading this are familiar with the Applegate-Fairbairn knife that resulted from conversations between Applegate and W.E. Fairbairn during World War II. Applegate, however, had already considered improvements to the Fairbairn-Sykes dagger; improvements that addressed some of the deficiencies that had been spotted by those using the F-S in combat.

When Bo Randall decided that a manual covering general principles for using them in close combat should accompany his WWII combat knives, he contacted Rex Applegate for permission to use data from his works. Applegate also advised Randall on some aspects of the manual. The two men got on so well that in February 1944 Applegate sent Randall a prototype of the stiletto he had designed. Basically an improved F-S with a broader blade, especially near the point, to avoid the problems with snapping off common with the F-S and a larger swell to the “coke bottle” shaped hilt to lesson the chances of the dagger turning in the hand, Applegate’s design impressed Randall enough that he made a prototype and sent it to Applegate. The knife based on Applegate’s requirements was termed the “Close Quarters Knife” by Randall. 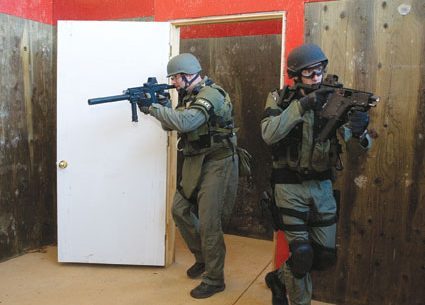