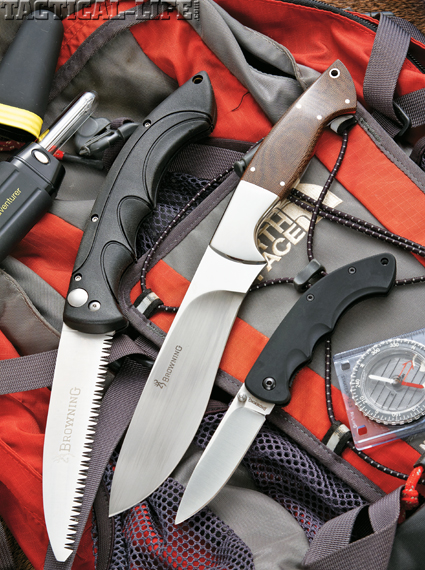 On the trail, where weight and performance both make a difference, Browning’s Backcountry Camp Knife and Folding Camp Saw/Pocket Knife Combo handle both well at very competitive price levels.

Browning, headquartered in my home state of Utah, obviously is not known primarily for its line of cutlery items. The company founded after John Browning’s death does offer quite a few other outdoor items besides firearms, though, and scrolling through their website (or even strolling through their paper catalogue for us older types) may surprise you on the variety of outdoor gear they do carry. Among those are several knives at various price levels, intended for differing performance levels. The company’s working to expand their blade lineup in both variety and quality, and three of their current offerings that could be useful to have along the camp trail are the new Model 975 Backcountry Camp Knife and the Model 923 Folding Camp Saw and Folding Knife Combo. 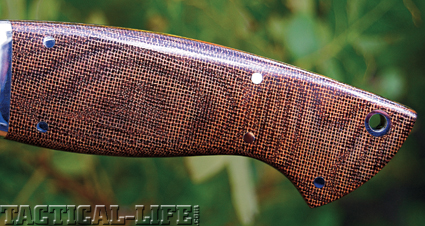 In recent years, with the ongoing industry trend to shift manufacturing to China to keep prices down, the result has seen some very cheap knives that gave an equivalent return in performance, either breaking outright, loosening up, or being unable to hold an edge. This does not mean all knives made in China are de facto junk, but unfortunately, the high volume of low-end knives originating there has attached a certain stigma to the overall view of Chinese-made cutting tools. This has also carried over by association into products made in Taiwan, mostly for younger buyers who don’t know that Taiwan is not a part of China, or that Taiwan has turned out quality steel products of all sorts for many years. There’s no law that says anything from either country has to be low quality; those products that may be are strictly the result of building them to the specs laid out by the US manufacturer in the contract. In other words, if a U.S. company specifies low-end, it’ll get low-end. If it specifies high-end, it’ll get high-end. Don’t blame the country of origin; they make what they’re asked to make.

With that out of the way, the “Backcountry Camp Knife” is made in Taiwan to Browning specs as a part of their higher-end line, and it’s as nicely done in fit and finish as many domestically produced blades at twice the price. Actually, it’s a little too pretty for my normal tastes out of the box; it’s a relatively lightweight recurve pattern at 9 ounces and features a hollow ground blade just a fraction over 6 inches long made of Sandvik 12C27 stainless steel. The camp knife wears a pair of slim brown linen Micarta scales anchored by five flush stainless crosspins and one lanyard hole. Those scales are perfectly fitted to the stainless bolsters and full tang, and all exposed steel surfaces are mirror polished except for the satin-finished blade sides. With a marked overall curve from end to end along the spine, this knife has a blade-forward feel in hand that adds utility to its belly for either light chopping chores around camp or meat processing for cooking over the fire. 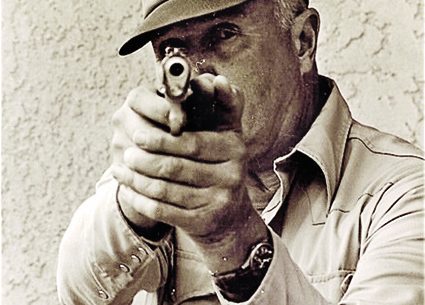 On the trail, where weight and performance both make a difference, Browning’s Backcountry Camp…