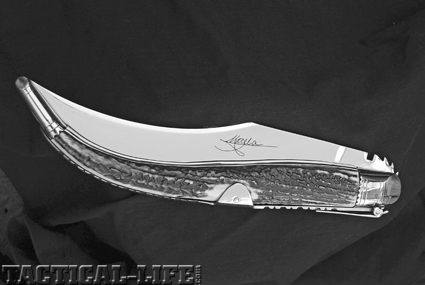 The beauty and finish of this Muela “navaja grande” is unprecedented without the use of exotic materials.

When you think about fighting knives, many images come to mind, such as the Bowie or Fairbairn-Sykes. Curiously, very few users will think about a folding knife as their main fighting blade, but their presence in combat once made a difference. That moment in history was the early 19th century. The use of the folding knife by Spanish bandoleros against the forces of King Fernando VII, and then during the Independence War against Napoleon, made history. In the hands of a skilled user, the Spanish navaja folder proved to be deadly.

Bandoleros
The bandoleros were a charismatic and mythical bunch. They have fed the popular culture, historic novels and even TV serials for years. Leaving apart the cool and fashionable look of the fighters, against the tyrannical powers of the time, they were nothing more than criminals. Bad guys after all, but a band of well trained knife fighters to be sure. Both King Fernando VII of Spain, and then Napoleon, who succeeded the monarchy that he defeated, saw the populace as one of the few threats to their power and therefore forbade the possession and use of firearms and long blades. That included most swords, “florets,” and even long agricultural machetes. It did not include the folding knife, as it was considered more of a tool than a weapon.

The folding knife blade development is universal and ancient. You can find folding knives all rusted among the artifacts of many Second Iberian Iron Age cremation burials or even on Roman Empire excavations all around Spain and the Mediterranean. Spain was a good supplier of fighting men for the Roman legions and Spanish Iberian fighters were considered some of the best. In those days the folding knife was still more along the lines of a tool than a fighting blade, and the falcata was their long weapon of choice. The falcata was so good that after some development by the Celtiberians, Rome adopted it as their gladius hispaniensis, and proved the knowhow of the Celtiberian blade masters. That same forging technology would be used centuries after on the development of the folding navaja. 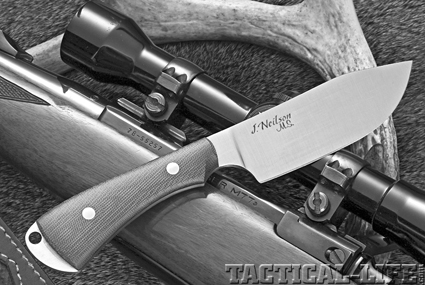