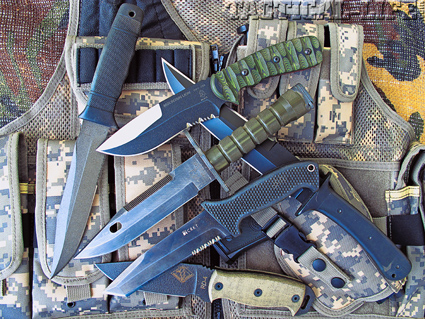 It is the type of news headline many of us have practically grown numb to reading after 10 years of war in Iraq and Afghanistan. Our military sometimes seem to be helpless targets for a fanatical enemy’s cowardly roadside bombs and our only response is to drive up and down the highway like ducks in a shooting gallery. What the news doesn’t cover are the hundreds of direct-action contacts with the enemy being carried out by our infantry and Special Ops troops.

The difference was recently brought home to me by a story on a memorial service conducted by the First Battalion of the 75th Rangers published in Patrolling, the 75th Ranger Regiment Association’s quarterly magazine. Reading down the list of fallen troopers, I found the same notation after practically all of them, “killed by small-arms fire while conducting an assault on an enemy position.” As every “eleven bravo” (light weapons) infantryman knows from the beginning, their one true function is still to “close with and destroy the enemy.”

And “close with” means just that—take the fight right down to physical contact with the other side if that is what is required to destroy him. Many in recent years have voiced the opinion that cold steel no longer has a place on the battlefield and that the troops should just leave it behind as excess weight. But, as Murphy’s Law of combat states, “The enemy attacks on two occasions: when he’s ready and when you’re not!”

Having talked with many combat vets, I’ve heard the same story over and over: “He was clearing a building or cave when an enemy sprung out of the shadows and he was forced into a life and death wrestling match for control of his weapon.” In many cases, the deciding factor was the soldier’s ability to reach a knife on his gear and finish the fight on his own terms. Matt Larsen, the former head of the Ranger regiment’s close-combat training program, even went so far as to specially design the sheath of the Gerber LHR combat knife to make drawing the weapon more reliable in these situations.

If there were those who still thought the stories of hand-to-hand fights in our current conflicts are so much urban legend, the SEALs’ recent takedown of a boatload of pirates off the coast of Africa should have proven otherwise. When the Navy frogmen boarded the craft, at least one of the enemies was killed in a close-quarters engagement with a custom-made knife (reportedly a Daniel Winkler). Another knifemaker has told me that the Navy commandos were equally equipped with his blades when they raided the Bin Laden compound. It is easy to see how that wild room-clearing operation could have turned into a life-and-death hand-to-hand struggle. “Always have a plan for any eventuality” is the slogan of a true combat vet.

From the beginning, Tactical Knives has taken the position that a good knife is still one of the most essential pieces of gear a combat troop can have on him. Current events have again proven the accuracy of our stance. When the platoon sergeant yells “Follow me!” and you have to cross that last 10 meters into the enemy’s position, you want every advantage you can manage. A tactical knife is one of them. —Steven Dick 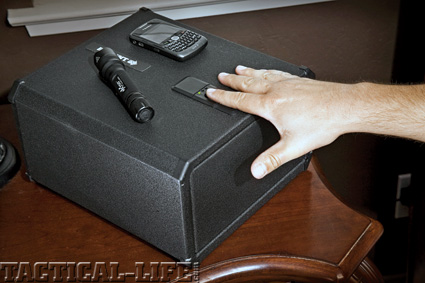 “Three U.S. Service Personnel Killed by Improvised Explosive Device.” It is the type of…