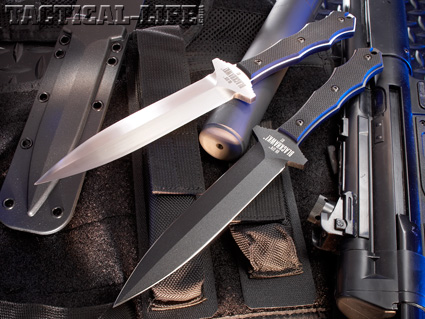 In the United Kingdom, the term “special forces” is applied to all units that in the USA would be designated SOF (Special Operations Forces). The blanket command UKSF functions much as SOCOM does in the U.S. The initial selection course for operators within UKSF is run jointly, though once initial selection is completed, operators go on to specialized training within their parent unit. Some of the units receive more blade training than others due to their infiltration missions, which may entail silent elimination of an enemy. Blackhawk’s new UK-SFK was designed to meet the needs of these British special operators. 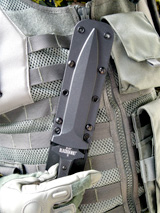 British Special Forces have a long tradition of close combat with the blade originating with the Commandos and the Fairbairn-Sykes dagger—the most famous close combat knife of all time. The F-S has remained in use with the Royal Marine Commandos who have carried it in the Falklands, both Gulf Wars and Afghanistan. Other UK Special Forces units have used the F-S as well. In fact, in the 40 years I have had contact with British Special Forces, Commandos, and airborne personnel, the only general-issue fighting knife I have seen is the F-S.

However, since British special operators have spent a lot of time fighting counterinsurgency wars in jungles, mountains and deserts, they have made extensive use of utility/bush knives. The Ministry of Defense Survival Knife, which is a heavy-duty, general purpose knife, has been used by some UK special operators, though I have seen it with the Paras more than Special Forces. I have known some Special Forces personnel too, who carried the British aircrew survival knife when jumping. Some HALO specialists also carried them when they jumped. Back in the day, those operators who had trained with U.S. special ops units liked to come home with one of the U.S. orange-scaled, paratrooper automatic knives. I have had a couple of operator friends who used the British Army issue clasp knife, but more liked Swiss Army knives and, more recently, multi-tools. 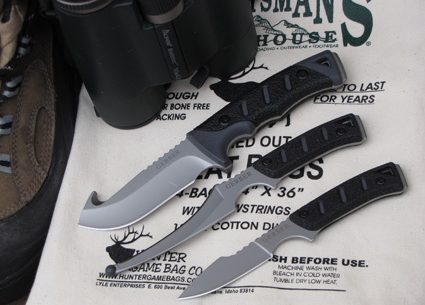