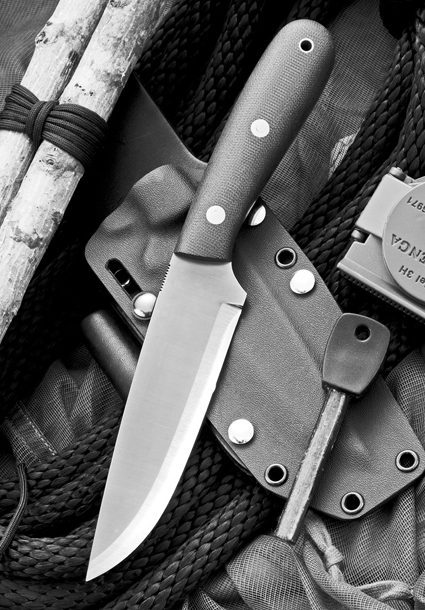 The Pathfinder, with a 10-inch overall length and tipping the scales at almost 11 ounces, this Scandi knife is no Mora! It’s a tough, full-tang beast as capable of chopping as it is fine carving.

Dave Canterbury has been steadily working at his Pathfinder survival school in western Ohio for several years now. The school consists of a mix of hands-on classes and online e-courses but, in an effort to share his knowledge beyond the scope of the school, Dave started doing You Tube videos on survival- and bushcraft-related topics and things soon turned viral! 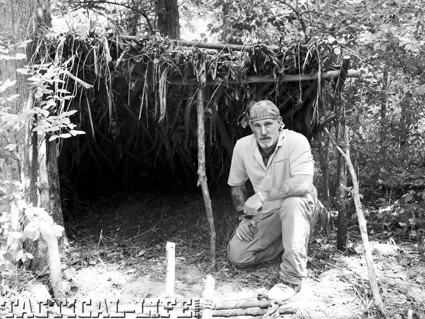 Dave Canterbury is the founder of the Pathfinder School, author of the new book Survivability for the Common Man, and co-star of the Discovery Channel show Dual Survival. Dave has over 20 years of both military and civilian training and has done such diverse jobs as hunting guide and tracker, commercial fisherman and diver.

That web popularity eventually drew the attention of the folks at the Discovery Channel and landed Dave a spot co-starring with Arizona-based survival instructor and author Cody Lundin in a show called Dual Survival. The show pits them against various climates and survival situations to see how they tackle them with their disparate backgrounds. Dave and Cody often have very different approaches to things, including cutlery. While both instructors do prefer Scandinavian grinds to their knives, Cody generally uses a humble Mora, while Dave straps on his burlier BHK (Blind Horse Knives) Pathfinder knife. With over 20 years of military and civilian experience, it should come as no surprise that Dave has come up with some particular ideas as to what he wants in a tool. When it came time to put those ideas to steel, Dave turned to a company native to his home state of Ohio, Blind Horse Knives. What Dan Coppins of BHK and Dave came up with was the “Pathfinder Knife.” 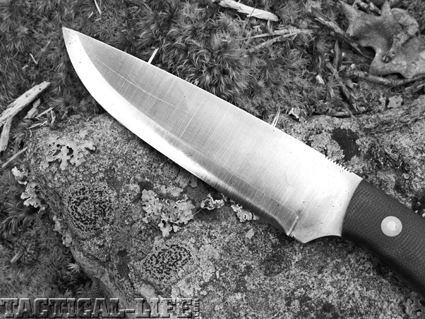 The 5-1/2-inch blade features a Scandinavian grind edge and is a full 3/16-inch thick slab of 1095 high carbon steel. The edge angle and heat treat that BHK is using on the current generation pathfinder knife proved very durable during the author’s field testing.

I asked Dave what prompted him to pursue his own knife design after having worked with so many others. He told me that “A knife is the ultimate survival tool; it is the first item on the list of survival items I encourage people to carry, as it can create everything else in an emergency.” This was to be the blade that he used personally, and that he would sell through his school, so it had to be one that he trusted implicitly. With that concept in mind, he had a number of features he wanted incorporated into the Pathfinder knife.

The Pathfinder, with a 10-inch overall length and tipping the scales at almost 11…