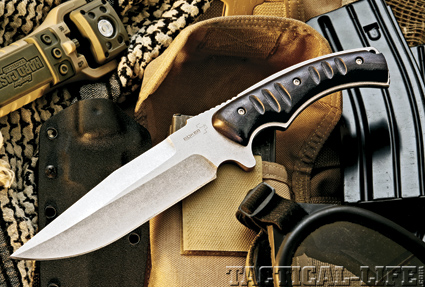 There is a lot of traditional styling to the Ginger Fighter, but there are also some subtle improvements to enhance its value as a weapon or tool.

It has been said that old men start wars but expect young men to fight them. This may or may not be true since any war takes a toll on both the young and old. Parents and grandparents now have to watch their family members march off to war in numbers not seen since Vietnam, Korea or WWII. I will admit to my own trepidations upon entering the military in 1969, but at the same time, I felt more frustration when my younger brother was deployed to Iraq. Other than show our pride and the occasional “care package,” there is very little the general populous can do to relieve these frustrations. That is, unless you have a special talent. While researching the latest knife to review, I learned of a private effort made by a father for his soon-to-be deployed son.

Behind The Name
Todd Begg designed the Ginger Fighter, now marketed by Boker in the Boker Plus line of knives. Todd is a custom knifemaker in Spanaway, Washington, and when I had questions concerning the knife, I thought the best idea would be to talk directly to the designer. Besides the general questions concerning design and function, I wanted to know where in the world he came up with a name like “Ginger” for a fighting knife. After a short chuckle, Todd explained his method of madness for picking this name. The knife was designed for his son who was about to be deployed to Iraq. Being a custom knifemaker and trainer in hand-to-hand combat, Todd wanted to use all of his own skills to make sure that his son went off to war with the ultimate fighting tool. During basic training, the young redheaded recruit had been tagged with the nickname “Private Ginger,” so when it came time to add a model name to the knife, “Ginger Fighter” just seemed right. Over the past couple of years, Todd has designed a couple of knives for Boker and, after presenting the original to his son, the new design was a perfect fit for the Boker Plus line of tactical knives. 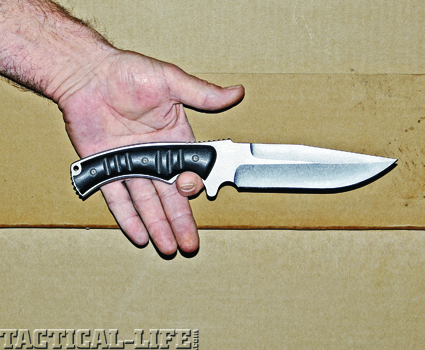 The knife balances right at the index finger groove. I prefer my knives to be just a bit blade-heavy, but many prefer just the opposite. A neutral balance makes a good compromise for the masses.

The Ginger Fighter is a fixed blade with an overall length of 11-1/8 inches and a 6.25-inch blade. The thickness is listed as 6mm (a hair under a quarter-inch), and the steel is 440C with a stonewashed finish. The concept of using 440C may not be as exciting as some of the newer super steels, but it is a good traditional choice for a combat knife. You have the advantage of the stainless properties of the steel along with good edge retention and strength. 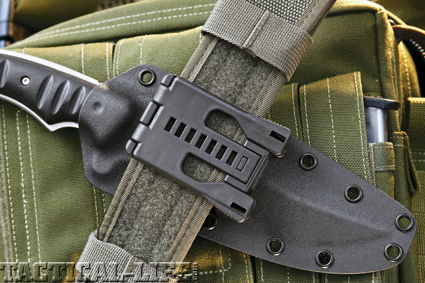 You may be able to stick the knife in your pocket, but the Kydex Sheath and Tek-Lok clip gives you plenty of carry options. Both are waterproof to go with the stainless steel and G10 of the Ginger Fighter.

There is a lot of traditional styling to the Ginger Fighter, but there are…