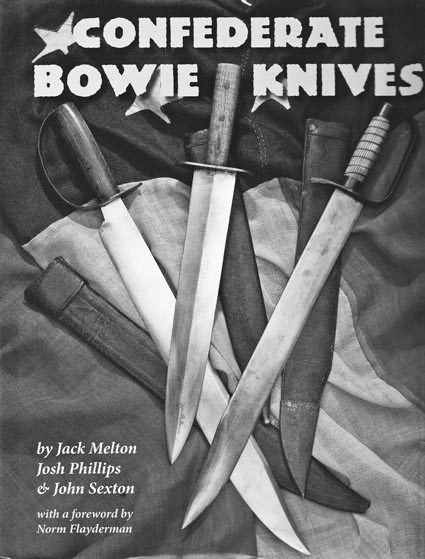 No area of Bowie knife collecting is filled with more controversy than the Confederate military versions of this legendary weapon. Many of these knives were turned out in large numbers by shops with no past history in cutlery production and most are unmarked. Given there was little reason to document production at the time and the eventual complete destruction of the rebel government, surviving records are few and far between. This has created a paradise for fakers and fantasizers to try to turn every large, crude, Bowie “looking” knife into a “genuine Confederate relic.”

The authors of this book have long specialized in researching the subject and have gathered together a collection of 350 photos of the most outstanding examples of the class. They also go into great detail on the much-debated subject of blacksmith-made knives and using worn out files at blade stock. The authors do an excellent job of proving both statements to be historic fact. It will be interesting to hear the inevitable rebuttal from the non-believer side of this scholarly fence.

We can also thank many of these Confederate troops for taking the time to have themselves photographed with their “side knives.” It is pretty hard to argue that certain models aren’t Southern when you have entire collection of period troop photos proudly posing with them. Other sections of the book cover actual battlefield use of the knives from both Southern and Northern perspectives. The best book yet on this fascinating chapter of American history. 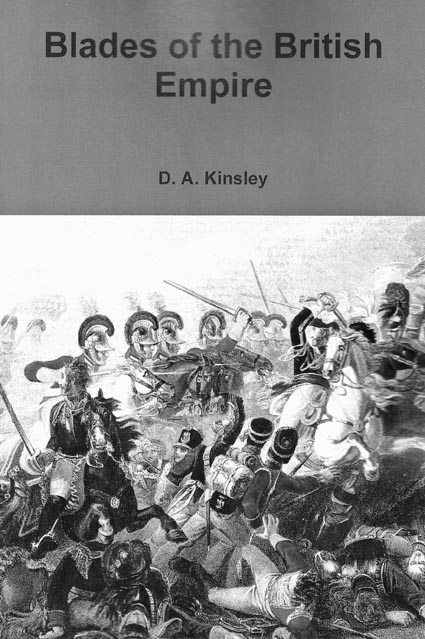 Blades of the British Empire By D.A. Kinsley

This is the latest in the Kinsley’s series of print-on-demand Lulu books covering the use of edged weapons in the British Empire by using mostly firsthand accounts from combat around the world. Though the Scottish rebellions and the Napoleonic and Crimean wars are covered, the vast majority of these close-combat situations take place in England’s once-global colonial empire. Not only did many of these lands have a long tradition of edged weapon use, you almost get the impression that the British felt it was more honorable to meet them blade to blade than use modern weapons. Among other accounts, I was surprised how many times British naval vessels staged cutlass armed boarding operations on pirate ships into the late 19th century.

As with past books in the series, you gain a completely new perspective on the actual effectiveness of edged weapons in battle. While the edge versus point argument is a constant topic of discussion, in the end there is no clear answer. Over and over you read of men being repeatedly run through the chest with sword blades only to emerge the victor and survive the fight. At the same time, many other individuals describe having cuts and slashes over every part of their bodies but still being able to continue to defend themselves.

The author has added dozens of period illustrations and artwork throughout the book but I do wish he had captioned them. While the reader will probably be able to guess where many of the fights are taking place, some are much less obvious. After a while the drawings of natives with curved sabers attacking the “brave British officer” tend to run together. All in all, the best book yet in this series. 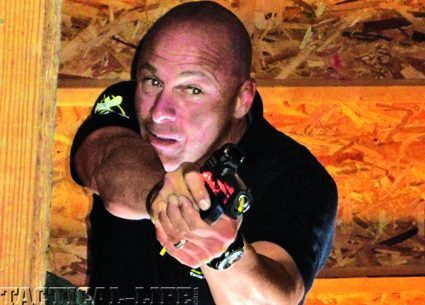