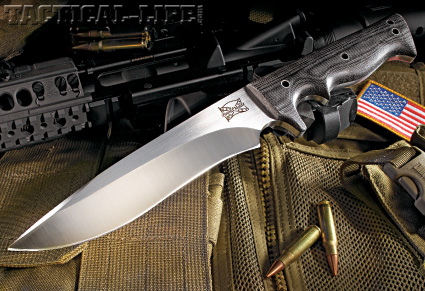 Walter Brend is well known in custom knife circles and his tactical knives have become highly desired among users and collectors alike. In fact, Brend’s custom work became so much in demand that his waiting list in recent years expanded to 4-5 years, a burden that forced him to quit taking orders just so he could concentrate on making and delivering the knives he’d promised. 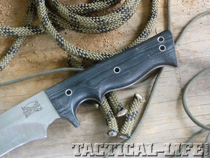 Brend’s most popular model for decades has been his Model 2 fighter, a lengthy, re-curved fixed-blade he first designed back in 1981. If you can find one for sale, it will run you about $2,600 and up. Over the years Walter has been approached by manufacturers about producing a factory collaboration of the Model 2, but none of their proposals have ever satisfied his quality standards. Recently, Brend has come out of retirement and embarked on a way of producing a more affordable version of the Model 2 without sacrificing his definition of quality. His answer lies in a “semi-custom” knife designated the Rescue 2.

A Brend Connection
I had a chance to visit Brend at his shop in Vinemont, Alabama, during the review process. To say he keeps it spotless would be an understatement. His shop isn’t large but has a spacious feel because it is well organized, from the largest grinder to the smallest hand tool. I noticed that virtually all of Brend’s knife patterns were for large knives, typically for 7-inch blades and larger, and asked him why he made such large knives. He responded, “I like to make knives that will do everything.” Knowing Walter’s background of many years as a meat cutter and the fact that he’d been hunting deer and boar since childhood, I got the point. Brend likes to make knives that can get you out of a pinch in just about any situation imaginable.

Answering Call Of Duty
Brend’s goal was to produce a knife specifically for military users who are having a rough go of it in today’s rough economy. To produce the more affordable Rescue 2, Walter relented to stepping away from the bench and allowing hired help to perform some of the basic knifemaking functions like surface grinding and the early stages of handle assembly. To further cut costs of materials and labor, he designed the handle to incorporate a finger guard to replace a more labor-intensive stainless steel one found on its predecessor. He also chose to go with a shorter grind on the backside of the blade to reduce the time spent grinding. The end result is a simplified version of the Model 2 at less than a third of the cost. At the same time he developed the Rescue 2, he also created a similar lower-priced version of the trailing point blade Model 5, dubbed the Rescue I. 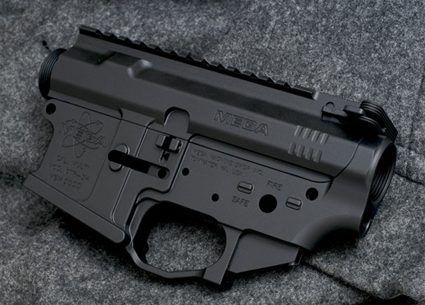